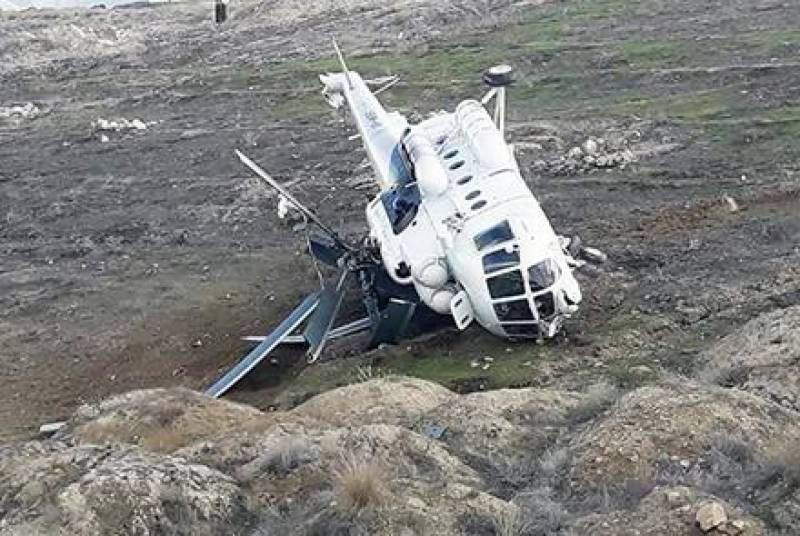 He said the helicopter crashed shortly after take off from the army base.