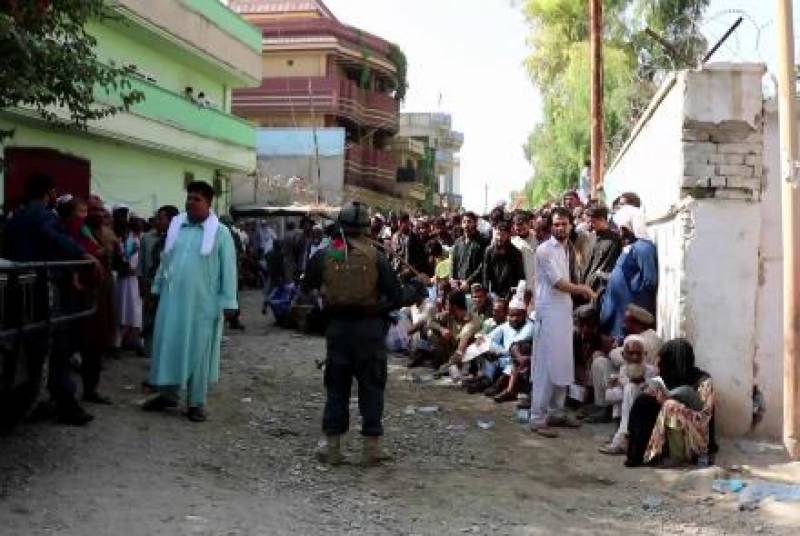 *He has rejected claims of interfering in Pakistani consulate activities in Jalalabad City, saying that he has addressed visa applicants’ problems outside the diplomatic embassy.*

“In the light of national and international laws, we have the right to take action for people’s safety and removing corruption in outer premises of the consulate. We will not interfere in the consulate’s internal affairs,” Hayat said.

Meanwhile, the Ministry of Foreign Affairs said discussions are underway to overcome the problem regarding the Pakistani consulate in Jalalabad.

“We are in contact with Pakistan embassy in Kabul and Pakistan general consulate in Jalalabad and this problem will be solved in the near future,” said Sebghatullah Ahmadi, a spokesman for Foreign Affairs Ministry of Afghanistan.

Visa applicants in Jalalabad said they have come from different provinces to get Pakistan’s visas but the consulate is closed.

“I have a patient. I have left all my work and have come to the consulate but it was closed yesterday and it is still closed today (Saturday),” said Pohand, a resident of Nangarhar.

A former Afghan diplomat in Syria and Lebanon, Mohammadullah Haidari, said the act by the Nangarhar governor is in violation of international conventions.

“This is a type of law breaking, even if there was disorder (outside the consulate building) or if anything was underway there. The governor should have taken action through the Ministry of Foreign Affairs and should have requested implementation his recommendations outside the Pakistani consulate in Jalalabad ,” said Haidari.

The embassy of Pakistan in Kabul announced Friday that it has closed its consulate in Jalalabad to protest local officials’ intervention in activities of the diplomatic office.

“The Embassy wishes to inform that the Consulate General will remain closed until the security arrangements are complete to the satisfaction of the embassy,” the Pakistani embassy said in a press release on Friday.

The embassy said the decision has been made in reaction to provincial governor Hayatullah Hayat’s intervention in activities of the consulate.