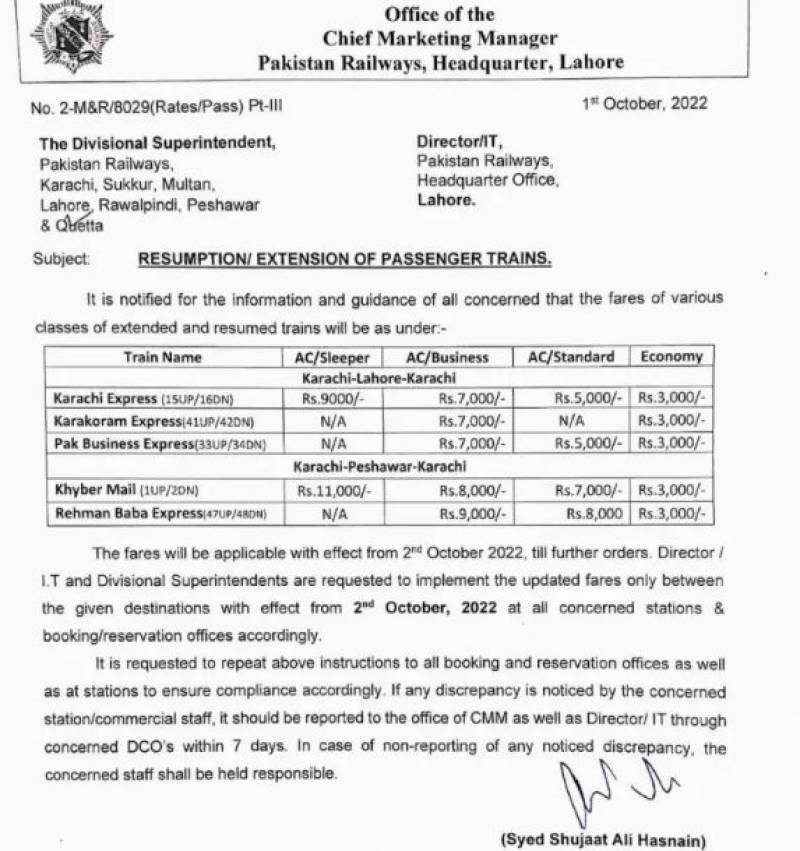 LAHORE – Pakistan Railways has announced an increase in fares of passenger trains as operations restarted after rebuilding and maintenance efforts following the receding of flood water.

In a notification, Railways announced updated fares for various classes. The fare of AC sleeper class of Khyber Mail running between port city Karachi and Peshawar via Lahore has been jacked up to Rs11,000.

With an increase, the AC business class fare has soared to Rs8,000, and passengers traveling in AC standard will have to pay Rs7,000. The fare of the economy class has been increased to Rs3,000.

The new fare of AC business class of Karakoram Express traveling from Lahore and Karachi has been increased to Rs7,000 and for economy class, it will be Rs3,000.

The notification has been issued to all divisional superintendents and divisional commercial officers across the country regarding the updated fares from October 2.