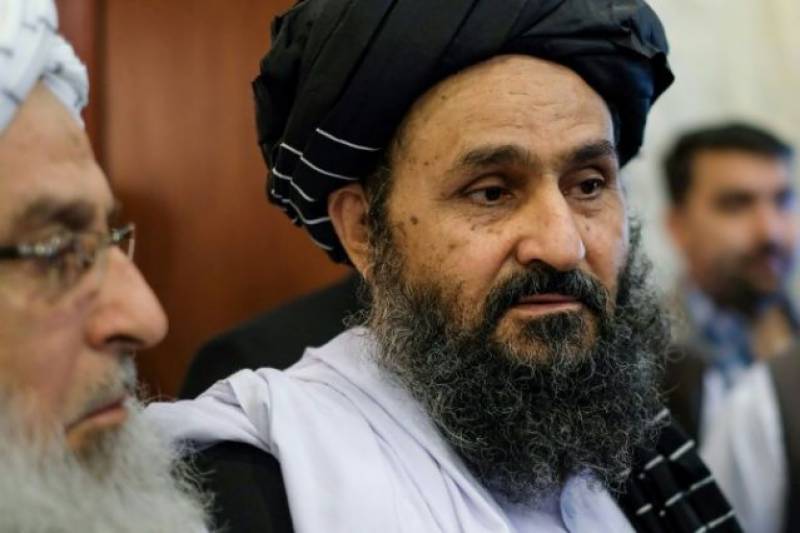 ISLAMABAD - Taliban co-founder Mullah Baradar was due in Pakistan Wednesday as US envoy Zalmay Khalilzad also visited, officials said, though it was unclear if they would meet for the first time since Donald Trump scuttled talks between Washington and the insurgents.

Insurgent spokesman Zabihullah Mujahid tweeted that the Pakistan visit would be the fourth leg of a tour that included Russia, China and Iran.

The US embassy confirmed that Khalilzad was in Islamabad "this week" for consultations following discussions between the US and Pakistan at the United Nations General Assembly in New York last week. Ad

Baradar is head of the Taliban's political wing and usually based in Qatar, where for nearly a year the insurgents held face-to-face meetings with a US delegation led by Khalilzad.

The two sides were on the brink of a deal that would have seen Washington begin withdrawing troops from Afghanistan in return for various security promises from the Taliban.

On September 7, however, Trump called off a top-secret summit due to be held between the US and the Taliban at Camp David and declared the talks "dead" two days later.

The Taliban threatened more violence, but both the insurgents and the US left the door open for negotiations to resume -- with most experts agreeing Washington will have to return to the table eventually.

Pakistan, which recognised the Taliban regime and has long been accused of supporting the insurgency, helped facilitate the talks and has also called for them to resume.

A senior Taliban source in Pakistan told AFP that the group was aware of Khalilzad's visit and was ready to meet him.

"We have not backtracked from talks," the source added. "It was America who backtracked."

Another senior Taliban militant said it would be "up to Mullah Baradar, who is leading the delegation, to decide whom they would like to talk to".

Pakistani media reported that the head of NATO forces in Afghanistan, General Scott Miller, was also visiting Islamabad. His spokesman declined to confirm the report.

The visits come as Afghanistan awaits the results of last weekend's presidential election which will decide whether President Ashraf Ghani will win a second five-year term, fending off a challenge from his top rival, Abdullah Abdullah.

Both are seeking a strong mandate to steer the war-torn country through darkly uncertain times and possible negotiations with the Taliban, who have long dismissed the government in Kabul as a "puppet" of the US.

One of the aims of the US-Taliban talks was to convince the insurgents to talk to the government in hopes of achieving a durable peace agreement.

But Ghani's administration was thoroughly sidelined in the negotiations. On Wednesday, the government spokesman Sediq Sediqqi repeated comments that Kabul must be at the centre of any peace process.

"No progress will be imminent if a peace process is not owned and led by the Afghan government," he tweeted.

Preliminary election results are not due until October 19, and if the leading candidate doesn't secure more than 50 percent of the vote, the top two will run off in a second round.

Election officials put the turnout at around 27 percent, a historic low as voters stayed away due to the Taliban threat of attacks, a muted election campaign and concerns over fraud. -APP/AFP