Pakistan returns BSF Officer, Had it been India they would have declared him an ISI agent crossing border
2 Oct, 2019 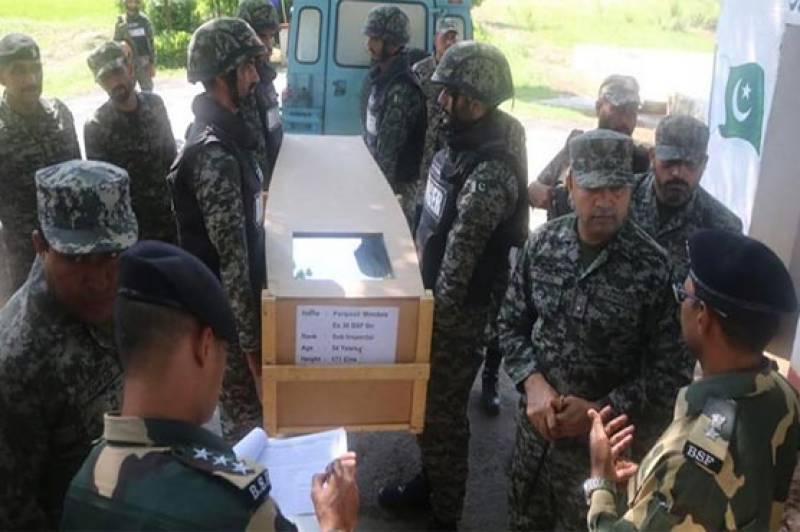 RAWALPINDI –Pakistan returns back Indian Border Security Force Officer whose body had crossed into Pakistan and subsequently returned back on Delhi’s request.

In a statement issued by the Inter Services Public Relations, Indian BSF soldier Sub Inspector Paritosh Mondal had drowned while crossing Aik Nullah along Working Boundary inside Indian Occupied Jammu and Kashmir (IoJ&K) and his body was reported to have swept towards Pakistan side.

Indian BSF requested Pakistan Rangers for search of the body.

Pakistan Rangers Punjab undertook a search operation, recovered the body and handed over to Indian BSF as per military procedure.