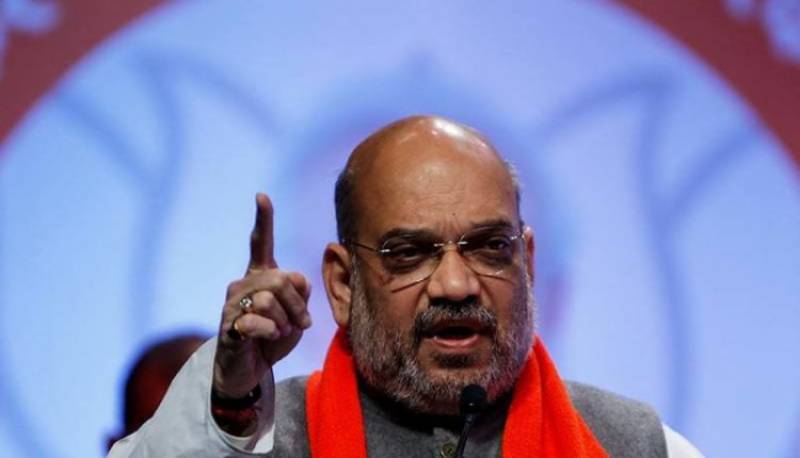 *Indian government has announced to give citizenship to all refugees except Muslims terming them Muslim infiltrators in India.*

*India’s government plans to revive a bill that would give non-Muslim refugees citizenship even before a controversial citizen registry in one north-eastern state has been finalised, Home Minister Amit Shah said on Tuesday.*

Shah, the leader of Prime Minister Narendra Modi’s Hindu nationalist Bharatiya Janata Party (BJP), said in a speech in Kolkata that the party would give “Hindu, Sikh, Buddhist, Jain and Christian settlers” citizenship.

The proposal, framed as the Citizenship Amendment Bill, has stalled in the upper house of parliament. It would grant citizenship to non-Muslim refugees from countries like Afghanistan, Bangladesh and Pakistan who have resided in India for at least six years.

A list of citizens in the state of Assam, the National Register of Citizens (NRC) — a mammoth exercise to weed out undocumented immigrants from Assam’s more than 32 million residents — that was published in August left out nearly two million residents, potentially rendering them stateless.

The NRC’s publication, the result of a four-year application and vetting process, evoked sharp reactions across Assam, which witnessed a popular anti-migrant movement in the 1980s. People whose names were left off the list had 60 days to appeal to quasi-legal tribunals to prove their citizenship.

It’s unclear what will happen to those ultimately branded as foreigners because India has no treaty with Bangladesh to deport them. Earlier this summer, India’s Supreme Court criticised the central government and that of Assam, saying thousands of people who had been declared foreigners over the years had disappeared.

About 1,000 others are being held in Assam’s overcrowded prisons.