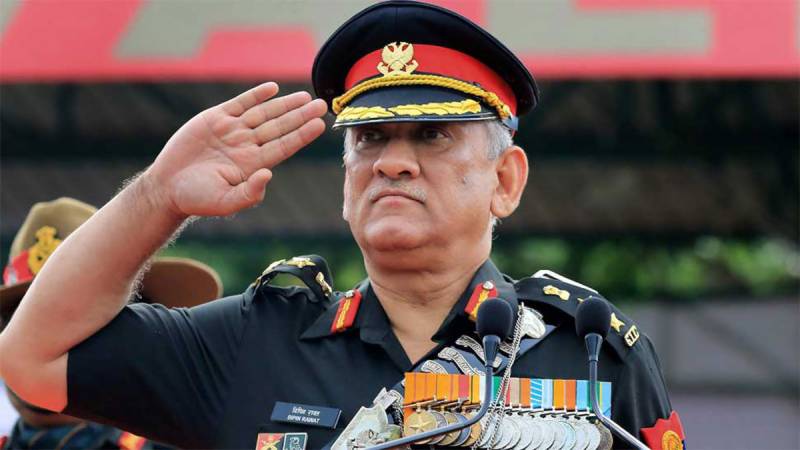 India has no extraterritorial ambitions and does not want to "transplant" its ideology on others, Army Chief Gen Bipin Rawat has said, asserting that the country will fulfil its regional and global security obligations as a responsible emerging power.

In an address to strategic affairs experts and defence personnel in Maldivian capital Male, Rawat also said instability in energy-rich West Asia has the potential to significantly increase global tensions and trigger unrest and that the tension between the US and Iran was "worrisome", PTI has reported.

Without naming Pakistan, the Army Chief said Indian armed forces are countering a proxy war in Jammu and Kashmir on a daily basis and that India reserves the right to acquire military capabilities to counter any security threats emanating from its neighbourhood.

The Army Chief, who is on a five-day visit to Maldives, held extensive talks with the country's top defence brass to expand bilateral military cooperation. On Wednesday, Gen Rawat called on Maldivian President Ibrahim Mohamed Solih.

"Our strategic culture flows from two cardinals -- we have no extraterritorial ambitions and no desire to transplant our ideology on others," the Army Chief said.

At the same time, he said India continues to retain its commitment to strategic independence and autonomy in decision making as well as acquiring military capabilities to counter the security threats and challenges emanating in its neighbourhood.

"We seek to fulfil our regional and global security obligations, as a responsible emerging power," he said.

Gen Rawat identified "unending threat of terrorism" as the principal challenge facing the entire world while calling proliferation of weapons of mass destruction and increasing assertion of power over international norms as other key challenges.

"Instability in West Asia which affects energy security of majority of the nations in the world is another major factor. It has the potential to add significantly to global tensions and create unrest," the Army Chief said.

Gen Rawat observed that the global security environment is increasingly becoming complex and uncertain, and that many nations are increasingly resorting to nationalism.