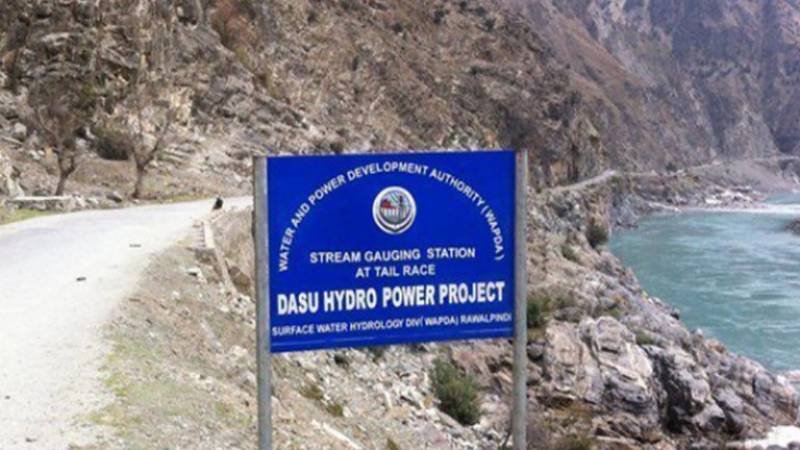 ISLAMABAD - ECNEC has accorded approval to Dasu Hydropower Project (Stage-1); Revision of Cost for Land Acquisition and Built-up Property at a total cost of 510.980 billion rupees.

The decisions were taken at a meeting of ECNEC in Islamabad on Wednesday with Adviser to the Prime Minister on Finance Dr. Abdul Hafeez Shaikh in the chair.

The ECNEC approved the construction of Karachi Urban Mobility to be executed by the Government of Sindh at a cost of 61.439 billion rupees. The project to be funded mainly by the World Bank would cover a distance of 21 kms.

The ECNEC also approved with a proviso for formation of a coordination committee between the federal government and the Khyber Pakhtunkhwa government for overview and fiscal discipline, the construction of Peshawar-Torkham Motorway Project as component-1 of Khyber Pass Economic Corridor at a rationalised cost of 36.705 billion rupees.

The meeting also approved component-II "Economic Development and Upift of Areas Adjoining the Motorway" for which the Framework Agreement to facilitate preparation and feasibilities through World Bank had been agreed at a total cost of 8.357 billion rupees.

The ECNEC further approved a project for Interlinking of 220 kV Daharki, Rahim Yar Khan, Bahawalpur and Chishtian Grid Stations for improvement of power supply system in southern areas at a an updated cost of 15.795 billion rupees.

Among the other projects, the ECNEC approved construction of a four-lane 18.98 km long Expressway on East Bay of Gwadar Port at a cost of 17.369 billion rupees.

The meeting gave approval to Lahore Water and Wastewater Management Project-Construction of Surface Water Treatment Plant at BRDB Canal Lahore at a cost of 21.045 billion rupees.

In similar decisions, the ECNEC also granted ex-post facto approval to the development of Phase-1 of Kartarpur Sahib Corridor on EPE/Turnkey mode.