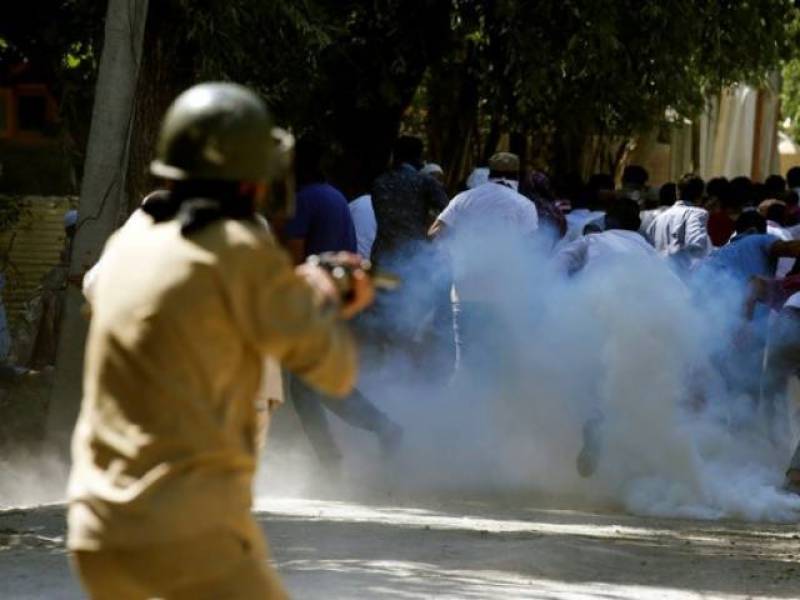 ISLAMABAD, Oct 2 (APP): The Hurriyet forum led by Mirwaiz Umar Farooq has strongly condemned the recent Indian military aggression on Line of Control (LoC), terming it a ploy to divert international attention from the atrocities being perpetrated Indian armed forces on the people of Indian held Kashmir.

According to KMS, the Hurriyet forum spokesman in a statement in

Srinagar said, "The unprovoked firing on the Line of Control has only worsened the situation. There seems to be a sustained campaign both on part of Indian armed forces and Indian media to divert the narrative by creating war frenzy on the LoC to cover the grave atrocities committed by Indian forces in Kashmir."

"While the world community is seriously taking note of the happenings

in Kashmir, censuring the Indian state for human rights violations and

using repressive force to crush the freedom struggle in Kashmir, the Indian aggression on the borders is a clear indication that it wants to put a

cover on the atrocities and excesses in Kashmir," the spokesperson said.

He deplored that such diversionary tactics were being used just to

divert the focus from the current Kashmir uprising Instead of blowing the war bugle, the Government of India and the Indian media should introspect and discuss as to why the situation in Kashmir has turned so bloody and

blind eye towards the real issue, and heating up the borders to shift focus."

The spokesman reiterated that Kashmir was an internationally

recognized dispute which needed a serious dialogue among the three stakeholders to hammer out a solution in accordance with the wishes and political aspirations of the people, and that is the only guarantee of

peace in the region."

He expressed grief over the death of another pellet victim youth,