PM pledges to make all out efforts to bring Pakistan out of crisis
2 May, 2019 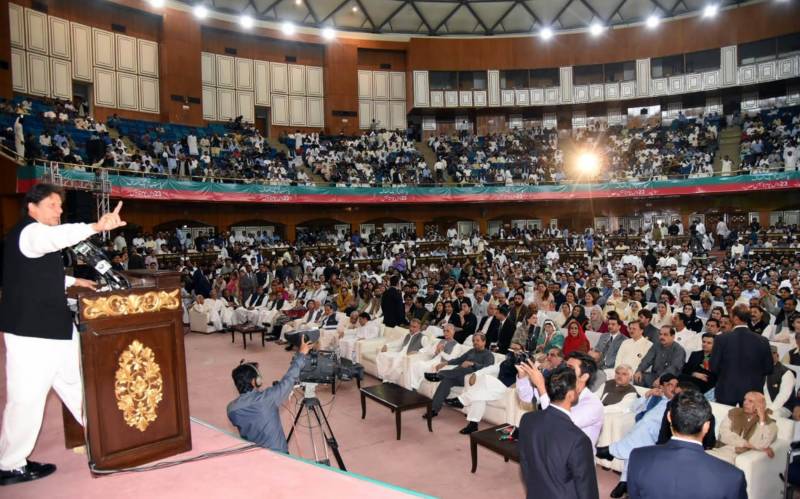 Prime Minister and PTI Chairman Imran Khan has pledged to make all out efforts to bring Pakistan out of crises.

Highlighting the potential of Pakistan in tourism, the Prime Minister said our country will soon become tourism hub and people from across the globe will come to see unmatched beauty of Pakistan.

He congratulated Punjab government over the passage of local government Bill as it will devolve powers to the grass root level to ensure across the board development.

Imran Khan said Chinese technology will be used to increase the per acre agriculture yield in Pakistan.

Stressing on government's priority to health sector, he said "Sehat Insaf Card" will enable the poor to have their treatment in government and private hospitals free of cost.

He said price hike in first eight months of  PTI's government is less than that of previous governments of PPP and PML-N.

The Prime Minister said a private university is being established in Sohawa where scholars will research on the life of Prophet Muhammad (PBUH).

Talking about his journey in politics, he said he joined politics 23 years ago to serve the nation.