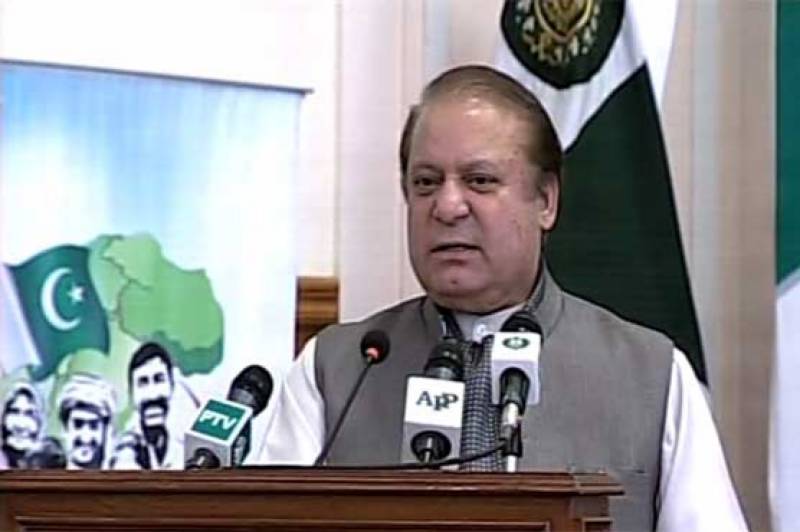 QUETTA: Prime Minister Nawaz Sharif said that the process of progress and prosperity of Pakistan would continue at any cost without interruption while opponents would have to wait till 2018 and afterward.
While addressing the ceremony of health card scheme inauguration in Quetta here at today, PM Nawaz said that he is fully aware that poor people are facing a lot of problems regarding their medical treatment in fatal diseases and sometime they have to sale their houses for treatment.

PM added that through this programme poor would be able for their medical treatment in fatal diseases without spending any amount and this process would not be stopped but will expand in entire country in different phases.
Talking about the peace and prosperity of country, PM Nawaz made it clear that stability and peace is necessary to bring investment in Pakistan.

PM recalled that when he took office in 2013 country was suffering from load shedding and poor law and order situation but now law and order situation and load shedding have improved because of sincere efforts of government.
He vowed to end the energy crisis in 2018 saying that it would be the load shedding free year. Paying tribute to the Army troops, PM Nawaz elaborated that Pak Army and nation are fighting the scourge of terrorism with unwavering determination to restore peace in Pakistan.