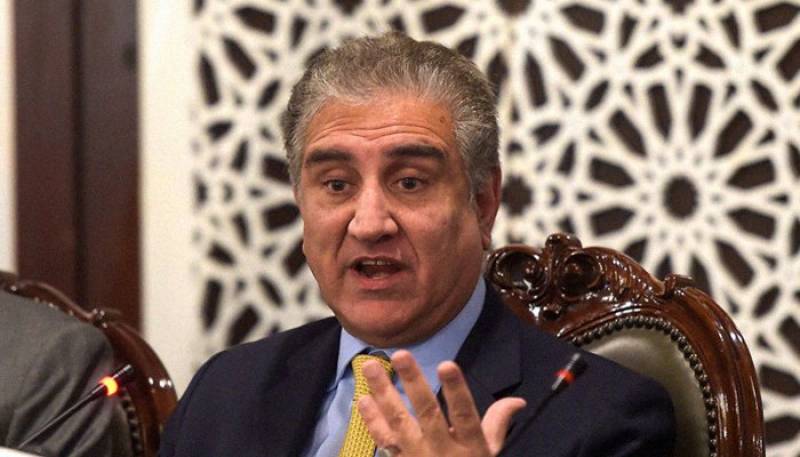 ISLAMABAD: Foreign Minister Shah Mehmood Qureshi said Friday his Saudi Arabian counterpart is likely to visit Pakistan on Saturday and that China, too, had also decided to send a special envoy to Pakistan and India to meet the two countries' leadership and help reduce bring down the ongoing tensions.

Qureshi had earlier, on Thursday, said the Kingdom's Adel Al-Jubeir was coming to Pakistan with an important message from Crown Prince Mohammad bin Salman, commonly known as MbS.

His Saudi counterpart was currently at the Organisation of Islamic Cooperation (OIC) summit in Abu Dhabi, the foreign minister told a local TV channel, and that he would visit India and then Pakistan on Saturday.

Apart from Saudi and Chinese efforts to mediate between Pakistan and India amid the critical times, the minister mentioned after having a conversation with Sergey Lavrov, his Russian counterpart, that Moscow had also offered to act as an arbitrator between Islamabad and New Delhi.

Noting that Pakistan had welcomed the Russian offer, even at the floor of the joint session of the parliament, Qureshi said the country was ready to hold a dialogue with India and the world knew that former desired to deescalate the situation. link link

Responding to a question, he said captured Indian fighter pilot, Abhinandan Varthaman, was not released following any foreign guarantee; rather, it was done as peace gesture on the directives of Prime Minister Imran Khan.

The FM also invited the United Nations Secretary-General Antonio Guterres to visit Pakistan and the region to mediate.

In response to another question, Qureshi said it was the host government, not the OIC, that had invited the Indian foreign minister.

However, Pakistan should have been consulted prior to inviting the Indian foreign minister, he said, particularly given the current situation.

India's presence was resisted by Pakistan, Qureshi said, adding that his Turkish and Iranian counterparts had not attended the OIC summit to make an impact.

Reiterating Pakistan’s moral, political, and diplomatic support to Kashmiri people, the foreign minister said Kashmiris had highlighted the issue well and made it an indigenous movement foiling the Indian designs of linking it with terrorism.

He said the Indian plans to amend the Article 35-A of the constitution had proved that they wanted to cover their defeat through demographical changes.

The minister also lauded US President Donald Trump's statement, saying that the American leadership desired peace in the region to help ease the withdrawal from Afghanistan.