Asad Durrani: The former ISI Chief who knew too much and wrote too much
2 Jun, 2018 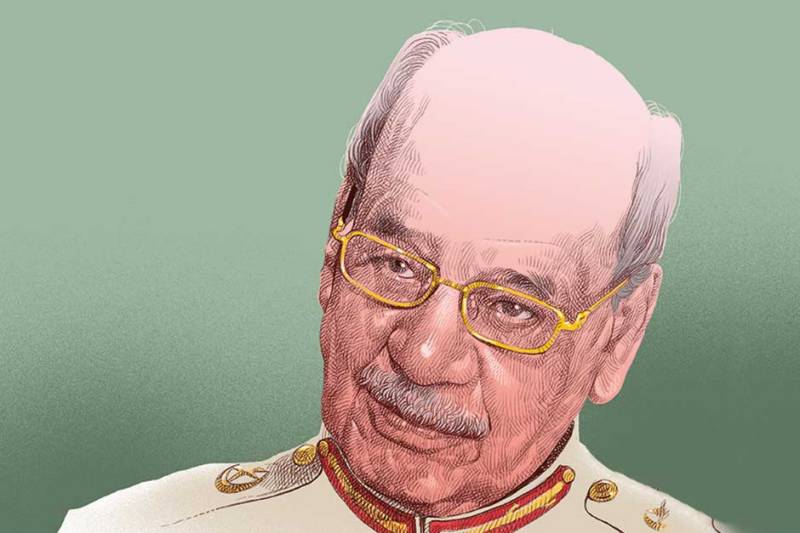 ISLAMABAD - Have you ever heard of former Pakistani spymaster Lt General (retired) Asad Durrani before his controversial book was launched in New Delhi on May 23 and why he was barred from leaving his country? If no, then here is your chance to know the man who made headlines in international media throughout last week.

Durrani, a former Director General of the Inter-Services Intelligence (ISI), came into the limelight after the launching of the controversial book The Spy Chronicles: RAW, ISI and the Illusion of Peace, which he co-authored with his contemporary Indian spy chief Amarjit Singh Dulat and a journalist Aditya Sinha. Durrani who has also served as a diplomat, himself missed the book launch as he was denied Indian visa.

Soon after the launching of the unique book of dialogues, Pakistan army top brass summoned Durrani for explanation about his revelations in the book and his name was included in the Exit Control List (ECL). He became the first Pakistani intelligence chief whose name was put on the ‘no-fly’ list and was barred from leaving the country.

In the first of its kind book, the former spy chief of Pakistan and the ex-Indian spy chief are featured in conversation and discussed topics including everything related to India-Pakistan ties: the surgical strikes, Kulbhushan Jadhav, Osama Bin Laden, Nawaz Sharif and the disputed Kashmir. The book also draws comparison of RAW and ISI, Hafiz Saeed and even a talk on the idea of ‘Akhand Bharat’ (confederation of India, Pakistan and Bangladesh) among many others. As they could not meet in their home countries, the conversations, guided by Sinha, took place in cities such as Istanbul, Bangkok and Kathmandu.

Born to a Pashtun family, he rose in the army echelon and retired as a three star military general in 1993. He graduated from the prestigious Government College Lahore (now university) in 1959, and was commissioned from the Pakistan Military Academy (PMA) in 1960. During his 34 years with the army, he served in a number of command, staff and instructional appointments, and took part in the wars of India-Pakistan wars of 1965 and 1971, and the Soviet war in Afghanistan.

Durrani is also a graduate of the German General Staff Academy and has done a stint as Pakistan’s defence attaché in Germany from 1980 to 1984. After his retirement from the army, he was appointed as the Ambassador of Pakistan to Germany May 1994 to May 1997 by the late prime minister Benazir Bhutto. He also served as Ambassador of Pakistan to Saudi Arabia from 2000 to 2003 after the bloodless military coup by former Army Chief General Pervez Musharraf.

Durrani is in trouble now at the age of 77 as he is privy to many important and secret missions — be it the Afghan Jihad, Kashmir uprising in 1989 or threating and bribing politicians in Pakistan to make or break civilian governments. These are some of the reasons the Pakistan army has initiated a formal inquiry against him in an unprecedented move suggesting that the controversy may not end anytime soon. As he failed to give a satisfactory reply, the army constituted a Court of Inquiry to be headed by a three-star general to probe Durrani’s actions.

He has discussed in the book some of the thorny issues that have kept ties between Pakistan and India strained for decades. In the book, Durrani made certain observations, including a claim that then prime minister Yusuf Raza Gilani was fully on-board regarding the US Navy Seals operation against Osama Bin Laden in Abbottabad and that a special deal was struck between the US and Pakistan in this regard. This piece of information coming from an ex-spymaster certainly hurts Pakistan’s army top brass who had been denying any knowledge about the Osama Bin Laden operation.

Some politicians have also turned against him. Well, there is background to this as well.

In 1994, Nawaz Sharif accused Durrani and the then army chief Mirza Aslam Beg of wanting to sell “heroin to pay for the country’s covert military operations in early 1991”. Sharif claims he did not approve the plan. He made these accusations in 1994, a year after he lost the general election to Benazir Bhutto. Durrani and Beg who had retired by that time denied the allegations.

However, in 2008, Durrani acknowledged “distributing money to the alliance against Benazir Bhutto” in the 1993 general election.

Durrani also believed that the Lal Masjid operation against religious extremists by Musharraf was a disaster and proved to be the precursor of suicide bombings and that Pakistan could swap convicted Indian spy Kulbhushan Jadhav at some point.

At one point, Durrani boasted that none of ISI “operators ever defected or was caught on camera”.

He is currently a Fellow at ISSI as part of the ISS-Hanns Seidel Foundation Distinguished Fellowship Programme. He is also working on his memoirs of his career while in the army, intelligence and in diplomacy. Durrani is also the recipient of coveted presidential award Hilal-e-Imtiaz (military) for his services. He may lose this honour if the military court convicts him for his alleged breach of army conduct for revealing ‘secret’ information in the book. - Gulf News