Afghan Taliban have a strong message for failed US General in Afghanistan
2 Jun, 2018 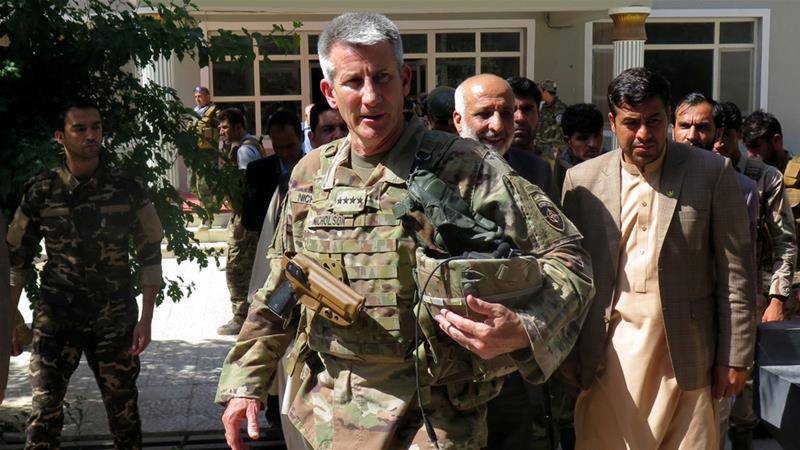 KABUL - Afghan Taliban has said they "categorically reject" a statement made by the US commander of coalition forces in Afghanistan <link> about "off-stage" dialogue taking place between Afghan officials and the armed group.

Taliban spokesperson Zabihullah Mujahid issued a statement on Thursday in which he called the claim by General John Nicholson "baseless".

"American General Nicholson is making such fabricated statements to divert attention from his failures and keep the Washington media busy with false claims instead of exposing the failed [US President Donald] Trump strategy for Afghanistan to the American people," Mujahid said.

"The policy of Islamic Emirate regarding talks and negotiations had been frequently announced and it does not have any secret layers."

General Nicholson on Wednesday told reporters at the Pentagon <link> from his Kabul office that "what you're seeing right now is a lot of the diplomatic activity and dialogue is occurring off the stage, and it's occurring at multiple levels.

"So you see mid-level, senior-level Taliban leaders engaging with Afghans."

That statement is at odds with the Taliban setting the withdrawal of foreign forces from the country as a precondition for talks.

The US and NATO <link> formally concluded their combat mission in Afghanistan at the end of 2014, but still provide support to the Afghan forces. Spring offensive

Fighting between the Taliban and security forces has intensified since the armed group announced its annual spring offensive in April.

Violence has spread across Afghanistan in recent weeks with heavy fighting in the provinces of Badakhshan, Baghlan and Faryab in the north to Farah in the west.

In May, the Taliban said they would not target Afghan police and military in the country if they leave their ranks.

The Taliban were removed from power in 2001 after the US-led forces invaded the country following the deadly attack on World Trade Center in New York.