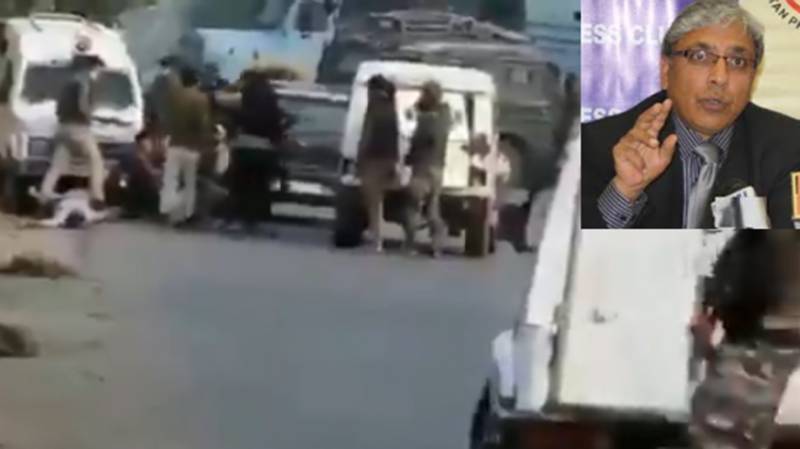 ISLAMABAD-The Chairman of Kashmir Council Europe, Ali Raza Syed, has strongly condemned the brutal murder of a civilian, Bashir Ahmad Khan, in front of his 3-year-old grandson by Indian troops in Sopore town of occupied Kashmir.

In a statement in Brussels deploring this ruthless act of Indian state terrorism he urged the international community to conduct an international independent investigation under supervision of the UN into the crimes perpetrated by Indian forces in the occupied territory.