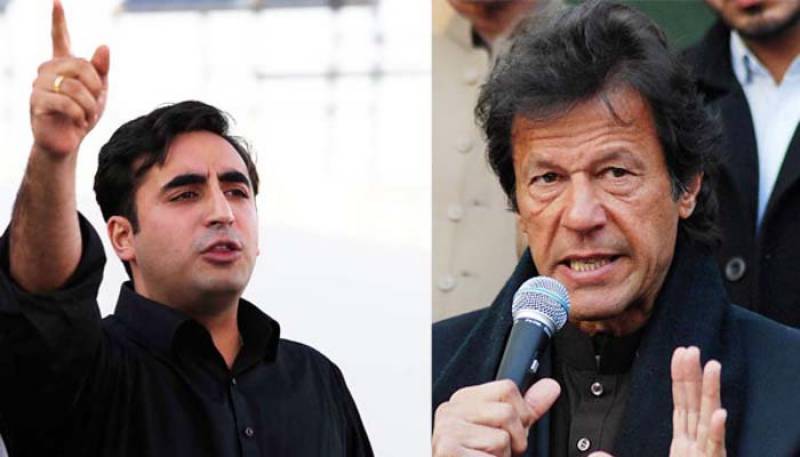 Undeterred by a mob attack on his caravan a day earlier during his electoral rally in Karachi’s Lyari locality, Bilawal hit the city’s roads once again today.

“PPP does not believe in the politics of violence,” the Bhutto family scion said as he stepped out of his car en route interior Sindh to address supporters on Monday morning.

“My warm welcome in Lyari did not go down well with opposing parties,” he added.

After Sindh, the PPP chairman will campaign in South Punjab and then the rest of the country.

A detailed travel log of the PPP chairman is yet to be issued by the party.

Meanwhile, the PTI has released an election campaign travel log of Imran Khan.

According to the log issued by the party, the PTI chairman will campaign in 25 cities of Punjab, Khyber Pakhtunkhwa (KP) and Sindh in the next 21 days.

The PTI supremo is scheduled to visit Sargodha today (Monday).

Imran will spend 11 days addressing public rallies in 14 different cities of Punjab, according to the travel log.

After Punjab, the PTI chairman will take to KP where he will campaign for five days in eight different cities.

Of the five days scheduled for Sindh, Imran will spend three days in Karachi and two in interior Sindh.

The PTI chairman’s campaign for the general election will conclude with a “massive rally” scheduled in Islamabad for July 23.

According to the party’s travel log, the PTI chairman will not be visiting Balochistan or the tribal areas in KP formerly known as Federal Administrated Tribal Areas (FATA). APP/AFP