With the dawn of 2019, Afghanistan war becomes a psychological warfare
2 Jan, 2019 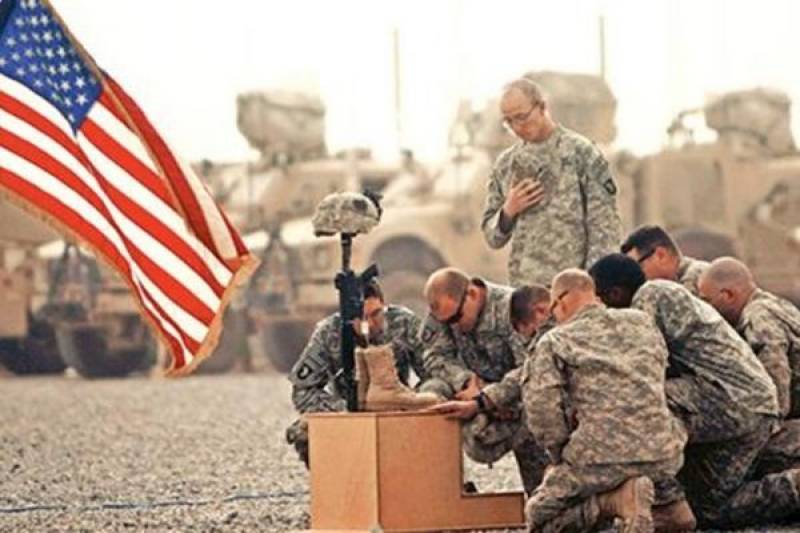 ISLAMABAD - With the dawn of 2019, Afghanistan’s long-running conflict is shifting to a form of psychological warfare as casualties mount on all sides. In December alone, at least 150 security forces, 184 civilians and hundreds of armed insurgents were killed in Afghanistan in a string of deadly incidents while 14 NATO troops were killed throughout 2018, according to the statistics compiled by Anadolu news agency. The persistently high death toll reflects a determination by the government and the Taliban to demonstrate their clout amid an apparent rush by Washington to conclude America’s longest war. On part of the Kabul government, the control of Afghan National Security and Defence Forces (ANSDSF) now rests with two former spymasters with a hawkish approach following a major reshuffle in the leadership of defence and security institutions last month. President Mohammad Ashraf Ghani appointed former intelligence chiefs Amrullah Saleh and Assadullah Khalid as minister of interior and defence respectively. In their initial remarks, both of them highlighted the policy framework for the ANSDSF with a clear focus on "mercilessly targeting the rebels" not only under the usual defence scenario, but more so in terms of scaled-up attacks on the bastions of the Taliban and Daesh. “For so long, our forces had the slogan ‘Sar Warkao, Sangar Na Warkawo’ [Pashto for ‘Would die, but not surrender’]. But with all due respect to this old slogan, now our slogan will be ‘Sar Waho, Sangar Tre Neso [‘Would kill them, capture their bastions’],” Khalid told a gathering of Afghan soldiers in his maiden speech after taking charge at the Ministry of Defence. The future strategy is focused on eliminating the rebels’ leadership and financial sources through targeted operations, Defence Ministry spokesman Syed Ghafor Javed told Anadolu Agency. “On an average basis, 15 air strikes per day are being conducted to eliminate the Taliban leadership and their financial resources. This has yielded positive results,” he said. He claimed a number of Taliban shadow governors and key militant commanders had been killed recently. This is also reflected in the statistics released by the NATO-led Resolute Support Mission in Afghanistan, which show that 1,089 Taliban fighters, including nine commanders, have been killed in Afghan-led operations supported by Coalition airstrikes since November 9. In total, 392 airstrikes were carried out in November and 150 in the first three weeks of December. According to the Resolute Support Mission, 450 Taliban fighters were killed in the December airstrikes. In his speech, Khalid also said the Taliban would be forced to accept Afghan-led peace talks, indicating a deadlier 2019, Anadolu Agency. -APP