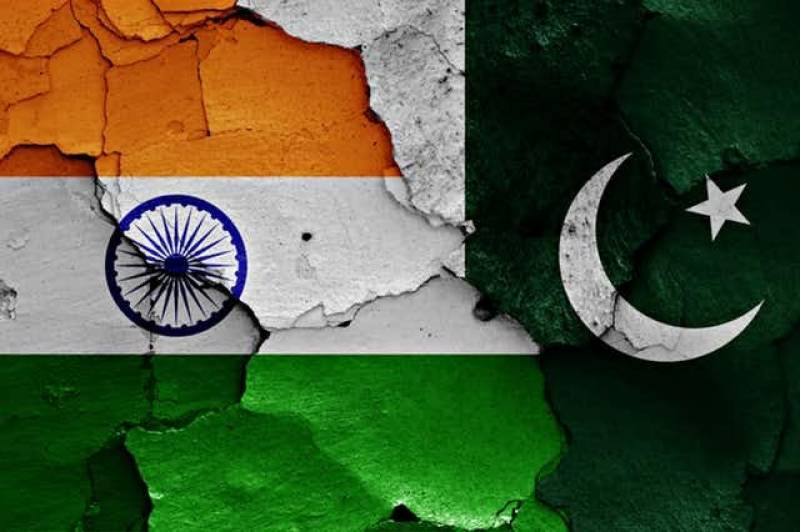 ISLAMABAD - The President of London-based Jammu and Kashmir Council for Human Rights (JKCHR), Dr Nazir Gilani, has said that India accused Pakistan of engineering a revolt in Kashmir in January 1948 and since 1990 New Delhi has upgraded its narrative and accuses Pakistan of sponsoring terrorism in Indian held Jammu Kashmir. The phrase ‘engineering a revolt’ has been replaced by a new accusation of ‘sponsoring terrorism’ into Kashmir. Dr Nazir Gilani said this while addressing the Kashmir Conference “A Way Forward” organised by Pakistan Observer and Nazriya Pakistan Council on Saturday. He said, a way forward requires that we take stock of our mistakes and perfect our Kashmir narrative, by understanding Indian narrative, Kashmir case and ensuring an active input from the various opinions in Kashmir.

He said that “The Strong State Doctrine of using brutal force to kill as many Kashmiris as possible” put in place by Government of India, profiling of Kashmiri youth into five categories and allocation of huge financial reward for killing a Kashmiri youth profiled in any one of these categories, perfectly supports the serious concern expressed by Pakistan at the 235th meeting of UN Security Council on 24th January 1948, that India may play the same trick as it did in East Punjab by killing six million Muslim's. Expressing a concern on the Indian designs Pakistan said, “In the State of Kashmir, if a million Muslims could be got rid of and replaced by Sikhs and Hindus, the trick would be done”. He said we need to take note of Indian scheme to reduce the Muslim population in Kashmir and start challenging the status of Indian army. Dr Nazir Gilani counted four serious errors of judgment on Kashmir, in particular, the error of judgment made in the joint India-Pakistan document titled “The Beginning of the Future” prepared by The Institute of Regional Studies Islamabad and International Centre for Peace Initiatives, Delhi, for circulation at the 25-26 November 2000 International Symposium “Next Steps in Jammu and Kashmir: Give Peace A Chance” in Gurgaon.

The Concept Paper recognises the role of RAW more than that of Kashmiris. Part II of Phase I proposes that “talks between GOI and APHC, besides other Kashmiri Groups, with a limited and clearly spelt out agenda as suggested here: (1) to discuss the process and not substance of resolving the Kashmir conflict”. JKCHR President said that it is time to bring Indian security forces under the UN Resolution of 21st April 1948. The resolution makes 2 demands from Pakistan and 27 from India. Pakistan’s Proposal for the induction of a United Nations Force in Kashmir made at 761st Meeting of UNSC on 16th January 1957 and the Resolution sponsored by Australia, Cuba, United Kingdom of Great Britain and Northern Ireland and United States of America in support of Pakistan’s proposal for the use of UN force towards the achievement of demilitarization, need to be revisited, he said. Dr Nazir Gilani said in view of June 2018 UN report on the abuses of human rights in Kashmir and the recommendations made therein, we need to perfect and update our narrative. President of Azad Jammu and Kashmir acknowledged the work of JKCHR and said that we should benefit from the specialization of Dr Nazir Gilani in the subject.