Why US doesn't want peace talks with Afghan Taliban to succeed
2 Feb, 2018 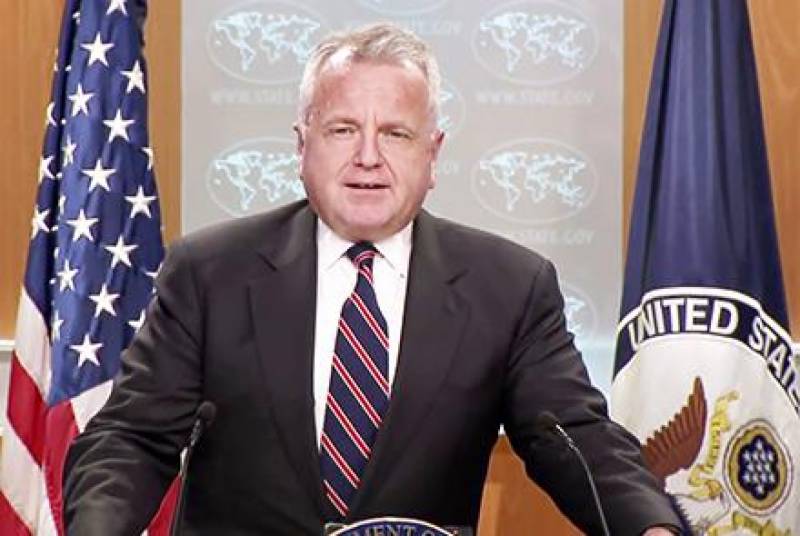 WASHINGTON - US is not interested in peace talks and reconciliation in Afghanistan as in that scenario it had to leave Afghanistan which US doesn't want to. Keeping it's military presence in the strategic region keeping an eye on Pakistan, China, Russia and Iran is part of the strategic game plan for the region.

US diplomats have revealed that America is ready for dialogue but Afghan Taliban are not. However contrary to the fact Afghan Taliban and Pakistan, China have expressed willingness for the peace talks in Afghanistan.

Contrary to the fact United States Deputy Secretary of State John J. Sullivan who briefed reporters on his visit to Afghanistan said all militant groups in Afghanistan are ready to the join peace process except the Taliban who by their deadly attacks on civilians showed that they do not have the intention to leave violence.

The US deputy secretary visited Kabul on Tuesday where he held talks with Afghan leaders.

He told reporters that the US’s South-Asia strategy is focusing on putting the Taliban under military, economic and political pressure to make the group join the Afghan peace process.

“The United States remain firmly committed to supporting the Afghan people and their government's efforts to achieve peace, security and prosperity for their country,” he said. “While in Kabul, I had the opportunity to meet with Afghan President Ashraf Ghani, Chief Executive Dr. Abdullah Abdullah, foreign minister Salahuddin Rabbani and other government leaders. During each of these meetings, Afghanistan's leadership made it clear to me that despite the recent tragic events, the Afghan government will continue to work to create the necessary conditions to bring the Taliban to the negotiating table and establish an environment for a sustained peace....

Unfortunately, at this stage everyone but the Taliban appears ready for peace.

The Taliban's reprehensible attacks targeting innocent civilians demonstrate that they are not ready to enter into good faith peace negotiations,” said Sullivan.