US senior diplomat rules out talks with Taliban
2 Feb, 2018 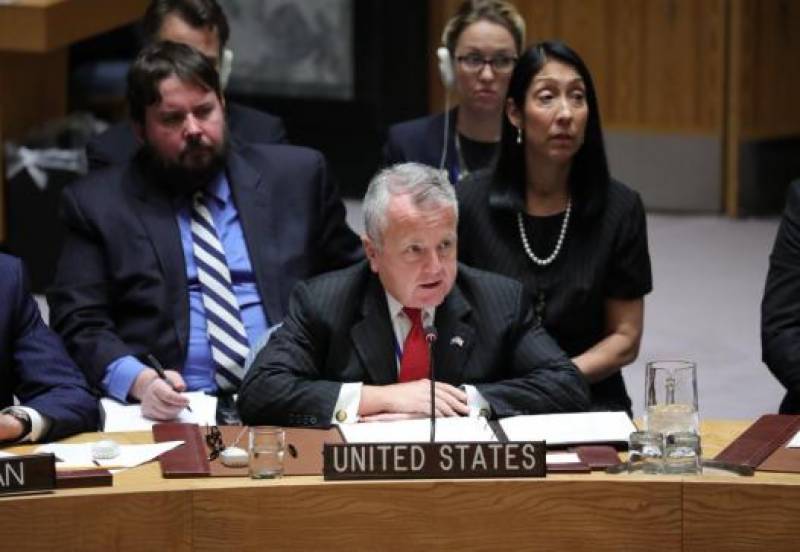 WASHINGTON - “This is not the right time for talks with Taliban,” a top US administration official said Thursday, noting the Kabul government would continue working towards creating conditions for peace talks.

Deputy Secretary of State John J Sullivan told reporters in Washington that “unfortunately, at this stage, everyone but the Taliban appears ready for peace.”

“During each of these meetings, Afghanistan <link>'s leadership made it clear to me that despite the recent tragic events, the Afghan government will continue to work to create the necessary conditions to bring the Taliban to the negotiating table, and establish an environment <link> for a sustained piece,” Sullivan told reporters.

“We applaud this conviction, as the path to peace and reconciliation must be an Afghan-led and Afghan-owned process, as we have laid out in the president's South Asian strategy,” he said.

He said Taliban attacks targeting innocent civilians demonstrate showed they were not ready to enter into ‘good faith peace negotiations.”

“The United States will continue to support our Afghan partners to defeat ISIS, Al-Qaeda, and other terrorist groups in Afghanistan, and deny them and their affiliates safe haven and material support”, he said.

“Afghan leaders and I also discussed security cooperation, and the importance of holding timely, credible and inclusive parliamentary and presidential elections,” he said.

“We reviewed Afghanistan's progress in the areas of security, governance, rule of law, economic development and peace and reconciliation,” Sullivan said.

Responding to a question, he said during talks with the Afghan government, they focused on the relationship between Afghanistan and Pakistan <link>and the need for continued bilateral discussions between the two neighbors.

“But I also emphasized that the United States must continue to have its bilateral relationship with Pakistan, both on its own terms, and with respect to the region, including Afghanistan,” he said.