President Ashraf Ghani lashes out at Pakistan in his address to the Nation
2 Feb, 2018 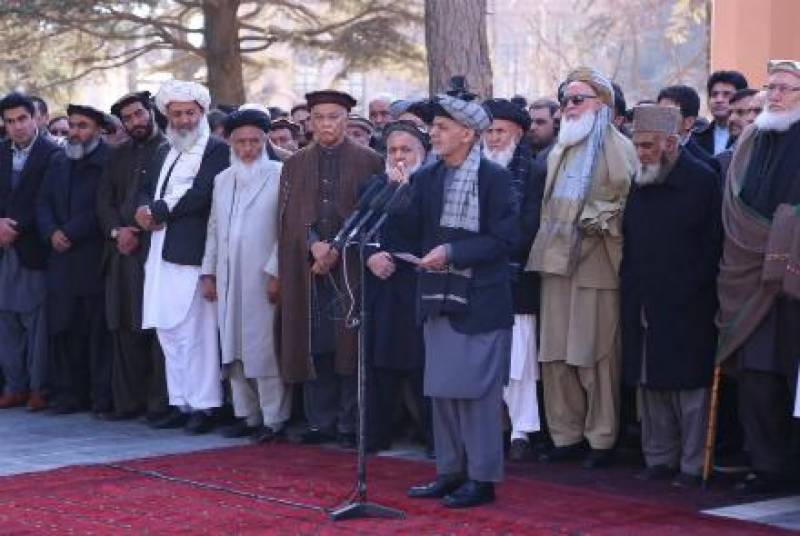 KABUL - In an address to the nation on Friday, President Ashraf Ghani talked about recent deadly attacks in the country, and said Pakistan is the center of the Taliban and that Islamabad should take practical and clear action for elimination of the militant group and other terror outfits in that country, TOLONEWS has reported.

“Pakistan is the center of the Taliban,” Ghani said, adding that the Afghan people are waiting for action by Pakistani government against terrorist groups on its soil.

He said Afghanistan has shared a list of insurgents with Pakistani government. “We are waiting for movement. Word and process are the words on paper; the Afghan nation wants clear practical action,” the president said.

“Eleven suspects have been arrested and their roots have been identified. Their roots are known. Taliban has claimed the responsibility; of course, those Taliban who neither accept the Almighty God nor they accept the Sharia of the Messenger (Mohammad PBUH),” he said referring to the recent attack in Kabul which claimed more than 100 lives and wounded over 200 others.

He said those Taliban who will continue the war will be suppressed by the Afghan forces.

He pointed out to Afghan forces’ operations against insurgents across the country and said the military operation in Band-e-Temor area, in Kandahar, was “very successful”.

According to National Directorate of Security, at least 50 Taliban militants were killed in the military operation in Band-e-Temor area on Thursday evening.

President Ghani said the security agencies will submit him the Kabul security plan next week on Sunday.

“The security of Kabul and the security of Afghans will not be affected by any political deal or political act,” he said. “There is only one politics right now, and that is the politics of being an Afghan. Other small politics have no place in this juncture.”

The president stated that security and defense officials will be appointed based on “commitment and talent” afterwards.

President Ghani’s remarks come after a series of deadly attacks in Kabul and other parts of the country, claimed by Taliban and Daesh militants in the past two weeks. The attacks claimed dozens of lives.

The president addressed the nation after performing the Friday prayers in the Presidential Palace’s mosque.