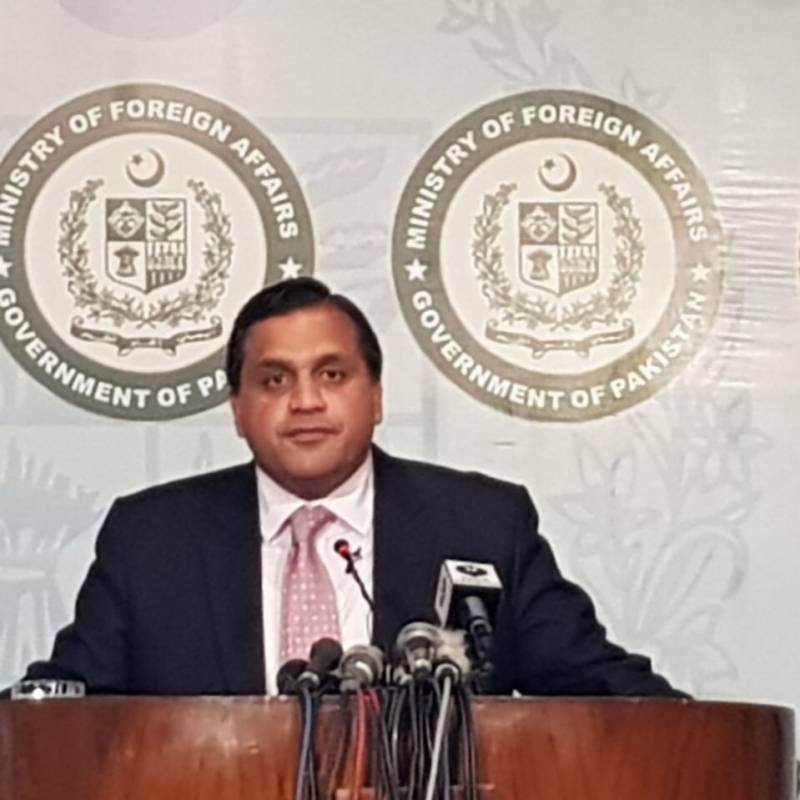 ISLAMABAD: The Foreign Office on Friday strongly rejected accusations of Pakistan supporting the Afghan Taliban and Haqqani network, and said the country will not allow its land to be used against any of its neighbours.

In the weekly press briefing, Foreign Office spokesperson Dr Mohammad Faisal said Pakistan strongly rejects accusations of supporting the Afghan Taliban and the Haqqani network and opposes terrorism in any shape and form.

Pakistan has been rendering continuous sacrifices for the cause of global peace.

It will not allow its land to be used against any of its neighbouring countries, and it expects the same from its neighbours, said the spokesperson.

The FO spokesperson reiterated that focus should be on eliminating safe havens of the TTP, Jamaat-ul-Ahrar in Afghanistan.

Pakistan has constructed 975 posts along its border with Afghanistan, while Afghanistan has built nearly 200 posts only, said Faisal. 470 attacks were carried out in Pakistan from Afghanistan, he said.

The spokesperson noted that the 27 suspects handed over to Afghan authorities recently were in connection to the Afghan Taliban and Haqqani network.

We want a solution to the Afghan issue in accordance with the wishes of the Afghan public, the spokesperson said, adding that Pakistan wants immediate and dignified return of Afghan refugees to their country.

Pakistan’s foreign policy is in accordance with the wishes of its people and national interests, he said.

The Foreign Office briefing comes in the wake of a high-level Afghan delegation visit to Pakistan earlier this week, during which the Afghan interior minister and the chief of National Directorate of Security met with Prime Minister Shahid Khan Abbasi.

Shedding light on the meeting, Foreign Minister Khawaja Asif had said Pakistan “stands with its Afghan brothers in this hour of grief,” referring to the recent spate of bomb-and-gun attacks in Kabul over the past month which have claimed nearly 200 lives.

The Foreign Office, in its briefing, also said that a Pakistani peacekeeper, Naik Naeem Raza, deployed with the United Nations stabilisation mission in the Democratic Republic of the Congo (DRC) was martyred, while another Pakistani peacekeeper was wounded in an ambush.