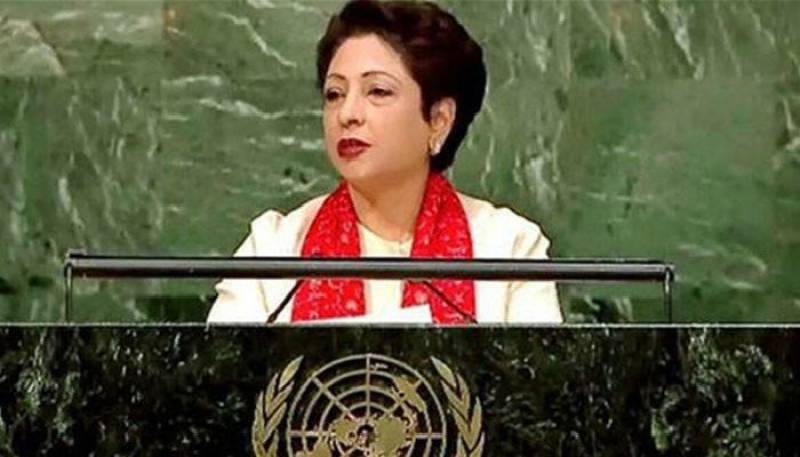 NEW YORK - Pakistan has called for reforms in the United Nations Security Council structure based on the principles of democracy, a press release said.

Speaking in the first meeting of the Intergovernmental Negotiations (IGN) on SC reform, Pakistan’s Ambassador to the UN Maleeha Lodhi said that the prolonged stalemate in the reform process was due to a handful of countries who wanted to reinforce the Security Council as a preserve of the privileged and powerful.

This, she said, was contrary to the democratic spirit and will not meet the interest of all member states of the UN in an equitable manner.

The ambassador said that reinforcing the undemocratic elements of the council was contrary to both democratic principles and values as well as the principle of sovereign equality of states that underpins the Charter of the United Nations, according to the press release.

Calling the reform of the Security Council a ‘strategic endeavour’, Lodhi said that while we did not choose the structure created in 1945, member states now have a choice. “This choice must be exercised judiciously and in consonance with the democratic spirit of our era.”

She expressed Pakistan’s support to comprehensive reform of the council to make it a more representative, democratic, accountable, transparent and effective body.

According to the press release, Lodhi told the UN that at a time when growing and complex challenges to global peace and security warrant firm and decisive action by the Security Council, anything less would not only erode the standing of the Council but “would also undermine the ideal of the United Nations and the inspiring vision that it espouses for our collective humanity”.

Emphasising the need for consensus building, Lodhi said that sidestepping it through quick fixes and procedural maneuvers has not helped move the reform process forward. “Instead they have accentuated and even widened our divergences”, she added.

“What we require is flexibility and a spirit of compromise to find common ground, foster goodwill and mutual understanding, and identify new convergences and common approaches for a shared and consensual pathway to reform,” she said.

The ambassador hoped that these negotiations would see the triumph of collective good over individual interests. “After all, the UN was created for this very purpose and not for member states to rubber-stamp the will of the few”, she remarked.