No US Military Action on Pakistani soil: Pakistan Army
2 Feb, 2018 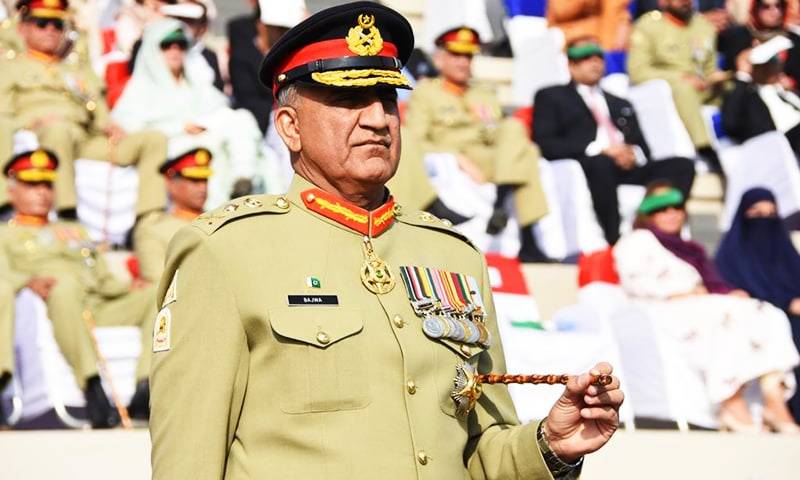 WASHINGTON: US Central Command chief General Joseph Votel has assured the head of Pakistan’s army that Washington “is not contemplating any unilateral action” inside the country, a statement from the Pakistani military said Friday.

Votel, who spoke to General Qamar Javed Bajwa by telephone “over the week”, also said that the “on-going turbulence” around a tweet by Donald Trump suspending aid to the country was “a temporary phase”, according to the statement.

The statement came after Trump froze up to $1.9 billion in funding to Pakistan, in a move designed to force its military and intelligence apparatus to halt its support for the Afghan Taliban and other Islamist groups.

The move, first announced by Trump in a New Year’s Day tweet, sparked indignation in Pakistan, which has long denied the US accusations of militant support, and accused Washington of dismissing the sacrifices it has made in the war on extremism.

It also ignited speculation that the US could resume drone strikes or launch operations along Pakistan’s border with Afghanistan, where militant groups once operated with impunity.

The Pakistani military said both Votel and an unnamed US senator phoned Bajwa to discuss security cooperation “over the week”.

“The General said that US values Pakistan’s role towards war on terror and expected that on-going turbulence remains a temporary phase”, the statement said.

Votel also told Bajwa the “US is not contemplating any unilateral action inside Pakistan”, it continued.

For his part Bajwa told Votel that the “entire Pakistani nation felt betrayed” over the US statements, but insisted Pakistan would continue to support peace efforts in the region despite being made a “scapegoat”.

He also said that Pakistan would not seek to unfreeze the funding, but does “expect honourable recognition of our contributions, sacrifices and unwavering resolve in fight against terrorism”.

Spokesman Colonel John Thomas said Centcom is in “continuous communication” with the Pakistan military, including recurring conversations between Votel and Bajwa.

“We value mutual understanding of interests and concerns that we need to consider that might lead to a positive path forward,” Thomas told AFP.

Trump has been less charitable towards Pakistan.

“They give safe haven to the terrorists we hunt in Afghanistan, with little help. No more!” he wrote in his New Year’s Day tweet, referring to Pakistan.

Officials said the administration had frozen payments from the “coalition support fund” set aside to reimburse Pakistani spending on counter-terror operations, worth $900 million.

Also in question is almost $1 billion of US military equipment that has allowed Pakistan access to advanced military technology. -AFP