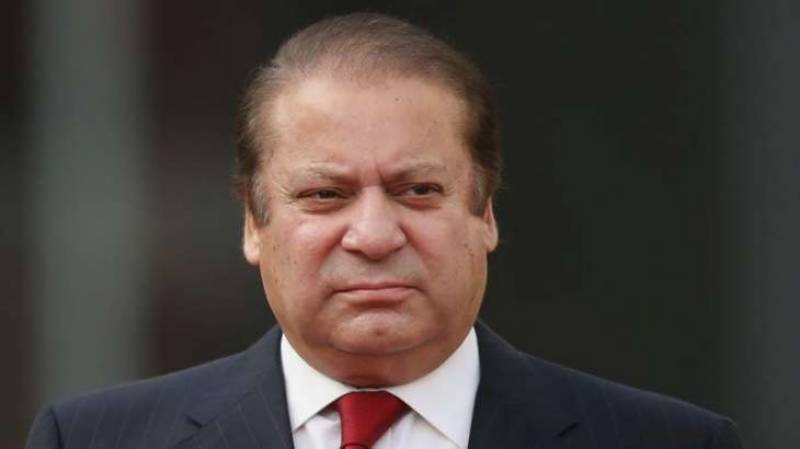 ISLAMABAD: President Pakistan Muslim League-Nawaz Muhammad Nawaz Sharif took his political message to Karachi on Thursday and interacted with party workers and business community explaining his views on the situation in the country and telling about the achievements of his party in the last four years.

He spoke about energy, road and infrastructure projects and his government's efforts which ultimately brought peace to Karachi, Balochistan and across the country.

He attended a consultative session with his party members and later an event of business community and shed light on the development projects initiated in the last four years.

He criticised the previous governments for ignoring the issue of energy shortage and terrorism in the country.

Nawaz Sharif said PML-N government should be given credit for bringing peace to the city of Karachi.

He recalled that a few years back, law and order situation in Karachi was bad and strikes, lock downs and murders occurred everyday.

Nawaz Sharif said his government had ended electricity shortage and now would focus on cheap power generation,adding the

Thar coal would be used for power projects.

He said PML-N would strive to achieve high economic growth rates, adding last year the growth rate of 5.3 percent was achieved and this year the target of six percent growth was set.

The former prime minister expressed dismay at the heaps of garbage that he saw during his road travel in the city. He criticised the Sindh government led by PPP for ignoring development projects in Karachi.

The federal government had completed its part of the Greenline project but the provincial government did not work on completion of bus stations and also did not provide buses.

Nawaz Sharif also criticised the PTI-led government in Khyber Pakhtunkhwa for not undertaking any development project in the province.

He said Imran Khan named metro bus project in Lahore as “jangla bus” but now himself started a bus project in Peshawar in the last months of his government.

The PML-N president lamented the efforts to weaken the constitutional and democratic system in the country and urged the people especially the business community to contribute in efforts to strengthen the democratic processes.

He pointed out that no prime minister in Pakistan could complete his constitutional term and said he could not name any other country where elected leaders were treated in such a way.

He reminded that before his ouster the Karachi stock exchange index touched the mark of 53,000 points which showed confidence of the business community.

He reiterated that he was ousted from the office of prime minister on the mere excuse that he did not take an imaginary salary from his son.

Nawaz Sharif arrived on a two visit to Karachi to galvanise support for his party and with the message that PML-N should also be given a chance to govern Sindh province after next elections.

He vowed that if given a chance, Karachi would be turned into a better city as was done by Chief Minister Shahbaz Sharif in Lahore. APP