Nawaz Sharif lashes out at self perceived Military, Judiciary nexus against him
2 Feb, 2018 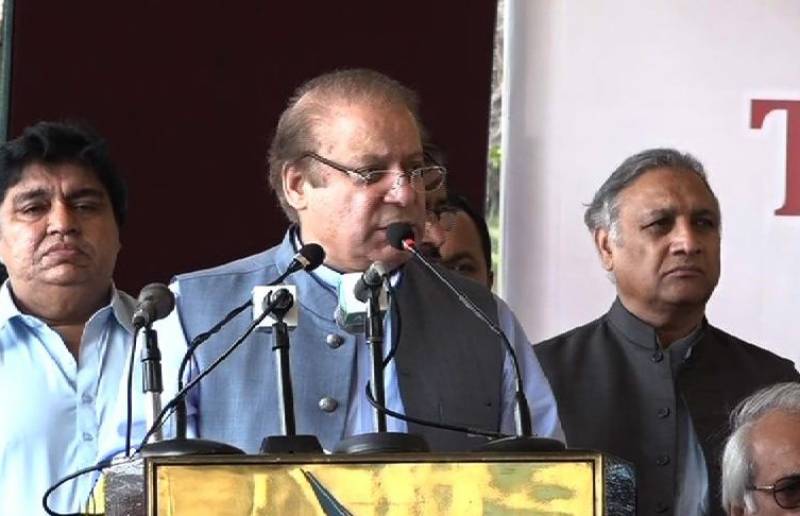 KARACHI - Former PM Nawaz Sharif has started to openly talk about the perceived nexus between the Military establishment and the Judiciary which resulted in his ouster from power in the shape of life time disqualification from the parliamentary politics.

Nawaz Sharif lashed out at what he termed the nexus of the military and judiciary against democracy. He was addressing a seminar in Karachi on ‘The Future of Democracy in Pakistan’ on Friday.

According to him, democracy in Pakistan is attacked each time it starts to strengthen in the country. “For over 30 years, Pakistan was ruled by dictators,” he said. “In 70 years of its existence, not one prime minister was allowed to finish their tenure in Pakistan.”

Nawaz said the doctrine of necessity adversely affected democracy in the country, adding that a section of the judiciary has always supported dictators. According to him, courts have validated martial laws in the past on the basis of this “doctrine of necessity”.

He called out the courts for not bringing former military dictator Gen (retd) Pervez Musharaf to justice in the treason case. “The court, which is powerful against politicians, is helpless before dictators,” he said. “Politicians have been hanged, they have been called hijackers but those who trampled upon the Constitution did not face any ire.”

He added that despite all the attacks against democracy by dictators, no one could bury it as the masses are aware of their rights now. He said that all sections of society, including lawyers, teachers, media, must play their part for the prosperity of democracy.

He also expressed regret at the situation in Balochistan.

This was Nawaz’s first visit to Karachi since his disqualification.