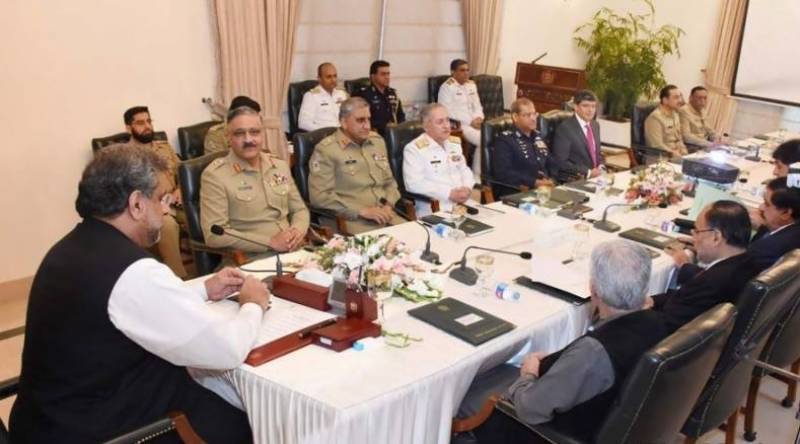 ISLAMABAD – The National Security Committee (NSC) reaffirmed Pakistan’s position of continuing to play its role for regional stability and peace.

The 18th meeting of the NSC was chaired by Prime Minister Shahid Khaqan Abbasi on Friday.

The NSC reviewed the security situation in the region and strongly condemned the recent spate of terrorist attacks in Kabul and observed that the government and people of Pakistan shared the shock, grief, and sorrow of their Afghan brethren and stood by their side in complete solidarity.

The committee emphasized that the people of Pakistan understand the pain and anguish of the people of Afghanistan very well since they are themselves the greatest victims of terrorism.

The NSC expressed the resolve to forge ahead despite difficulties with positive engagement with Afghanistan, including the already planned visit of the Pakistani delegation to Kabul on 3rd February 2018, for discussions on Pakistan’s proposed “Afghanistan-Pakistan Action Plan for Solidarity.”

The committee expressed satisfaction on the progress made with regard to border controls with Afghanistan and noted that the Afghan government should support the fencing of the Pakistan-Afghanistan border as being in the interest of both countries.

The NSC reviewed the actions taken by the government of Pakistan and provincial governments to fulfill the country’s international responsibilities under the Financial Action Task Force (FATF) framework. The committee expressed satisfaction over the objectives achieved so far and directed the concerned ministries to complete the few outstanding actions at the earliest.