In a first, PAF shows capacity of shooting down Drones without US weapons system
2 Feb, 2018 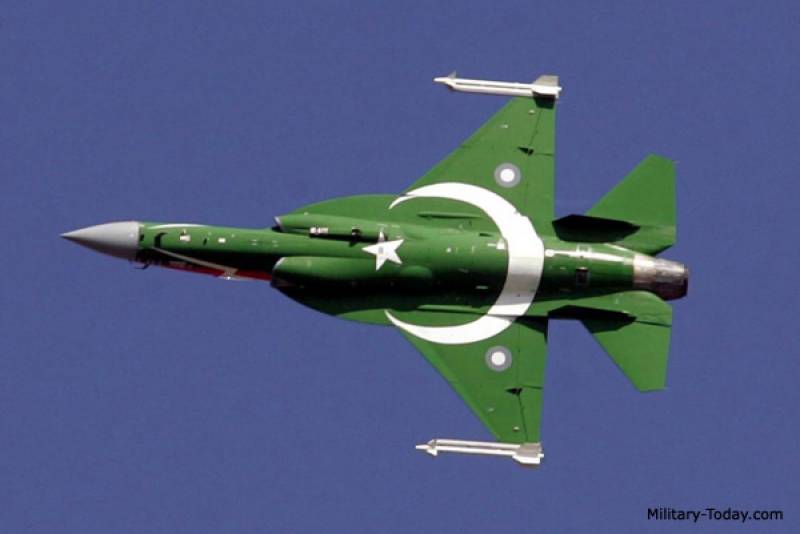 ISLAMABAD - PAF today displayed the capacity to shoot down an enemy Drone with indigenous built technology other than the US weapon system.

Addressing on the occasion, the air chief said, “We are thankful to Allah Almighty who has given us the strength to achieve this extraordinary milestone. The successful testing of these sophisticated weapons is a testimony of JF-17 Thunder’s multirole capabilities.”

He said it was a matter of immense pride that six PAF fighter squadrons had already been equipped with the pride of the nation JF-17 Thunder aircraft, making it the backbone of our aerial defence.

It was a landmark occasion for the PAF as well as the whole nation, when the indigenously produced JF-17 Thunder shot down a slow speed target with BVR (Beyond Visual Range) and IR (Infrared) missile with pin point accuracy at Sonmiani firing range.

The day marked a monumental episode in the glorious history of PAF as a state-of-the-art Weapon Test Range has been made operational to track the complete trajectory of the aircraft and launched missiles.

The live demonstration was a potent display of the PAF’s capability to successfully locate and destroy high/ slow speed moving targets by employing high-tech inventory of aircraft and missiles.