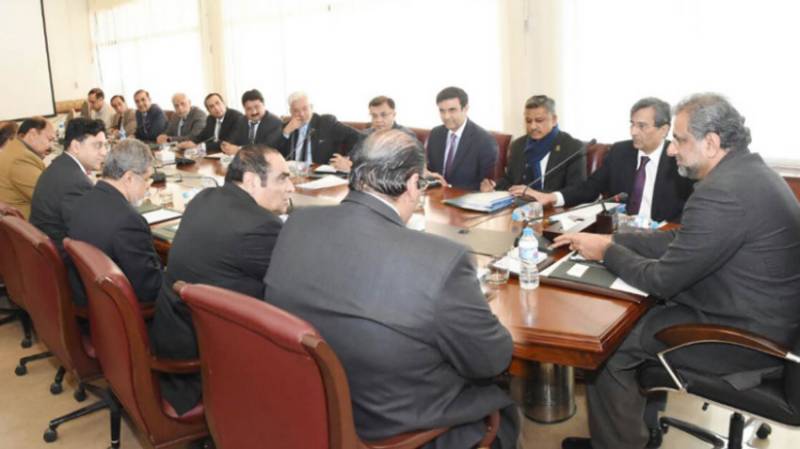 Prime Minister Shahid Khaqan Abbasi says the government is actively working on improving ease of doing business in the country.

He was talking to a delegation of Federation of Pakistan Chambers of Commerce and Industry (FPCCI) headed by its president Ghazanfar Bilour that called on him in Islamabad on Thursday.

The Prime Minister said that a policy was also under consideration to encourage people bring their capital back to the country and invest in productive sectors of economy.

He said that a proposal for reduction of taxes was also under consideration in order to facilitate documentation of economy and broadening of the tax base.

Shahid Khaqan Abbasi said that private sector should play a leading role towards enhancement of country's exports. The government welcome the proposals from the private sector and would continue to facilitate the business community in every possible manner.

The Prime Minister congratulated the newly elected office-bearers of the FPCCI.

Issues relating to various sectors of the economy, ease of doing business, enhancement of country's export, input costs and taxation were discussed during the meeting.

The delegation appreciated the steps taken by the present government especially addressing law and order, the energy crisis and taking the business community and other stakeholders onboard in putting in place a business-friendly environment in the country.

Minister for Commerce and Textile Muhammad Pervez Malik was also present during the meeting.