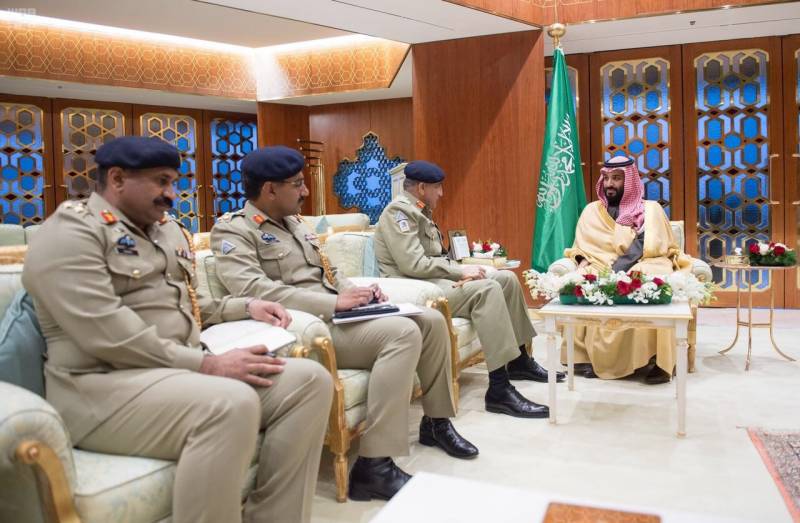 During the meeting, they discussed bilateral military relations as well as a number of issues of common interest and stressed the need for close ties between Saudi Arabia and Pakistan.

Saudi Vice President of the Council of Ministers and Minister of Defence were also present on the occasion.

During the meeting, they discussed a number of issues of common interest between the two friendly countries.