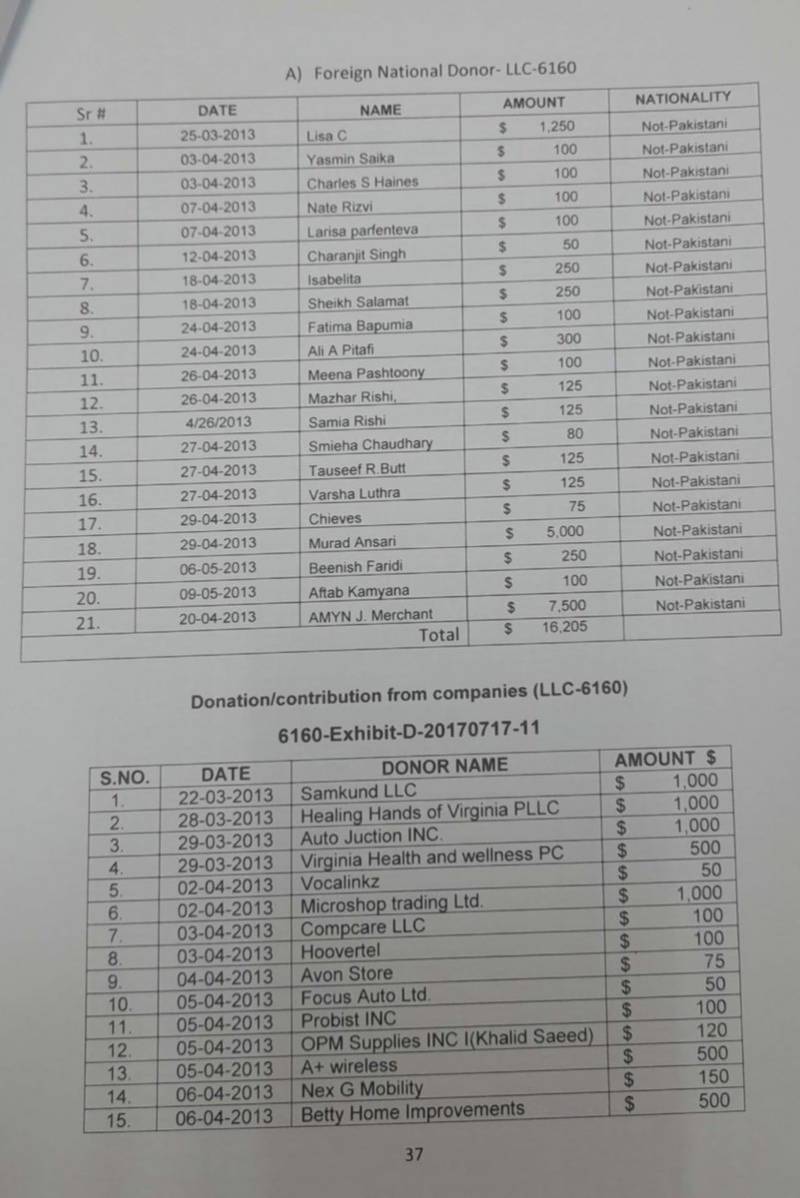 ISLAMABAD – The Election Commission of Pakistan (ECP) in its unanimous decision announced that Pakistan Tehreek-e-Insaf (PTI) received prohibited funds for its election campaigns.

A three-member bench, headed by Chief Election Commissioner Sikandar Sultan Raja, announced the verdict, which was reserved on June 21 after eight-year-long trial.

The top election body said that the Imran Khan-led party received foreign donations, adding that 13 benami accounts were also detected during the probe. It further said that the PTI concealed the details of funds that is violation of the Constitution of Pakistan.

PTI received funds from 34 individuals and 351 companies based in different countries, including US, and Australia.