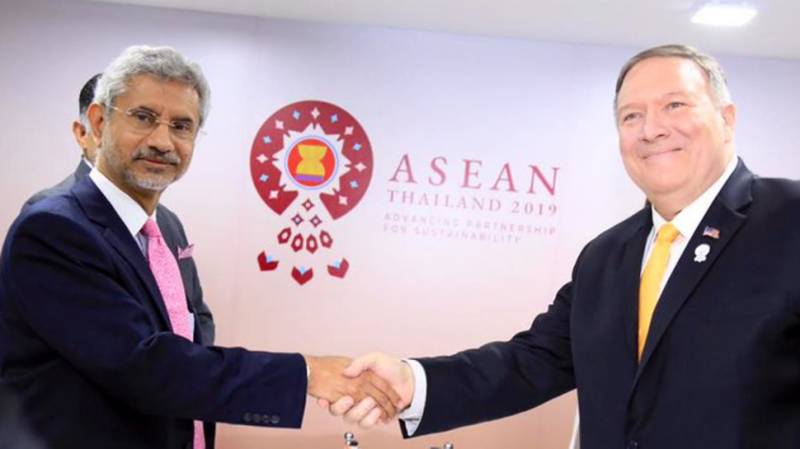 Minister of External Affairs S Jaishankar on Friday conveyed to the US that any discussion on Kashmir will be done only with Pakistan and bilaterally.

His response comes after US President Donald Trump ruffled feathers with his claim that PM Narendra Modi had asked him to mediate in the Kashmir issue when the two leaders met “weeks ago” on the sidelines of G20 Summit. He said this during a joint press brief with Pakistan Prime Minister Imran Khan in Washington on July 22.

Jaishankar met US Secretary of State Mike Pompeo on Friday morning on the sidelines of the second day of 9th East Asia Summit Foreign Ministers meet in Bangkok, Thailand, in the first official meet between the two nations after Trump's comment.

Taking to Twitter, Jaishankar tweeted, "Have conveyed to American counterpart Mike Pompeo this morning in clear terms that any discussion on Kashmir, if at all warranted, will only be with Pakistan and only bilaterally."