An agency had informed me about secret political meetings in London: PM Khan
2 Apr, 2022 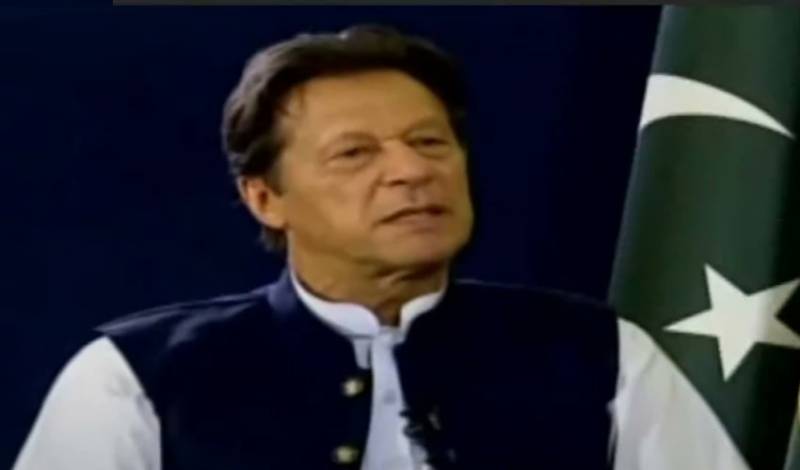 ISLAMABAD - Prime Minister Imran Khan has said that his life is in danger but he will not remain silent.

In an interview with a private TV channel on Friday, he said that he was given three offers – no-trust motion, resignation or elections. "I will not resign but I am ready to hold new elections."

The prime minister said that he was aware of the conspiracy against him since August. "An agency had reported that some people were repeatedly visiting London. I want to tell the people that these conspirators will do my character-assassination," he disclosed.

He said that the people like Hussain Haqqani were meeting Nawaz Sharif in London.

Imran Khan said that Nawaz Sharif's daughter openly criticized, but he would not speak against the Army. "Nawaz Sharif was in contact with the people who oppose the Army. Nawaz Sharif had caused irreparable damage to the country. They are trying to come into power and abolish the NAB," he added.

He said that Nawaz Sharif and Asif Zardari had made corruption acceptable.