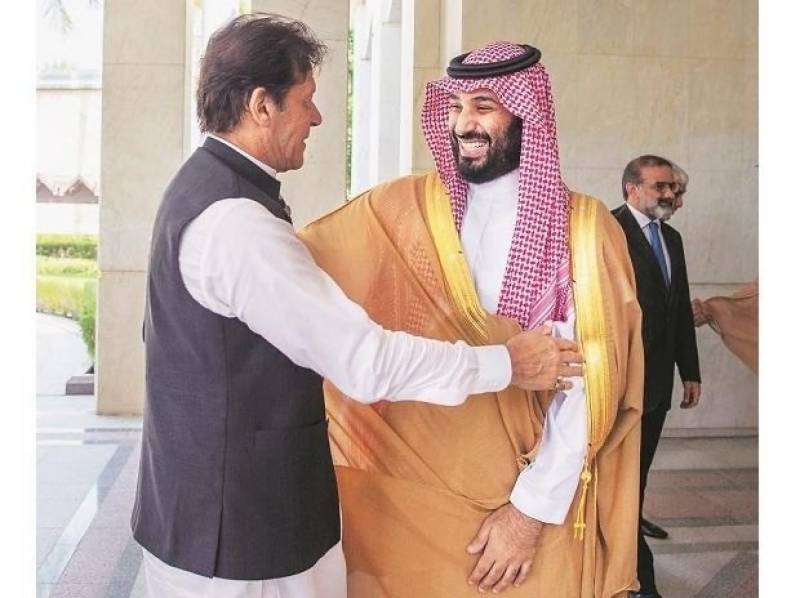 The Saudi crown prince had extended an invitation to the premier in a telephonic conversation a few days ago. However, the dates for the prime minister's visit will be finalized later.

He added that the two initiatives which include plantation of 10 billion trees in the Kingdom and it's further upscaling to 50 billion in the region as part of the Green Middle East Initiative; expansion of protected areas to more than 30 percent; protection of Marine and Coastal Environments and generation of 50 percent of the Kingdom’s energy from renewables by 2030 are highly commendable.

"The vision of Your Royal Highness closely aligns with our own “Clean and Green Pakistan” initiative, which is investing in nature-based solutions to address Climate Change impacts in the country," Khan stated.

The prime minister said that Pakistan adores its cordial and brotherly relations with the Kingdom of Saudi Arabia and we would like to extend support Saudi Arabia's “Green” initiatives.”