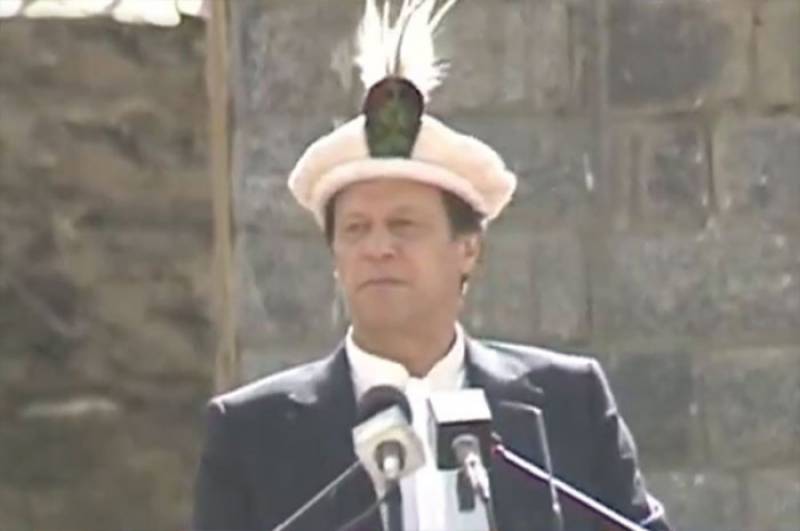 Gilgit: Prime Minister Imran Khan while hitting back at opposition said that nation will see whose going to tremble and sweat in future.

While addressing a ceremony on the occasion of Gilgit Baltistan’s 73rd Independence Day celebrations, PM said that opposition is trying to blackmail him to get a National Reconciliation Ordinance (NRO).

“Today we are witnessing Mir Jaffer, Mir Sadiq and Mir Ayaz Sadiq,” PM said while referring to the statement of former speaker in national assembly over the release of Indian pilot Abhinandan Varthaman.

He added that those who plundered national wealth for 30 years are now united against him.

“It is impossible that these dacoits and thieves would get an NRO from me. I want to reiterate that this country cannot progress until we have corruption here,” he said.

“Their benefit is associated with the loss of Pakistan. I always knew they would try to blackmail me,” he said.

“These looters and dacoits speaking against Army Chief and ISI prove that my selection was right. Every week our security forces are rendering their lives for the safety and security of motherland. The enemy is trying to create chaos in the country as per a planned conspiracy and opposition parties are supporting their narrative,” he said.

PM added that he could not stress enough importance of a strong army for a nation's security.

"Our army is the main reason why Pakistan has not suffered the same fate as many other Muslim countries,” he added.

PM also announced granting provincial status to Gilgit-Baltistan and said that the decision has been taken keeping in mind United Nations (UN) resolutions.

“I can’t talk about Gilgit package due to upcoming elections but I assure you that we would priorities helping the poor and people from underdeveloped areas.I will celebrate this day with you till the time I am serving as a premier of this country,” he said.