US Military may face defeat in two front war against China and Russia: Report
1 Nov, 2019 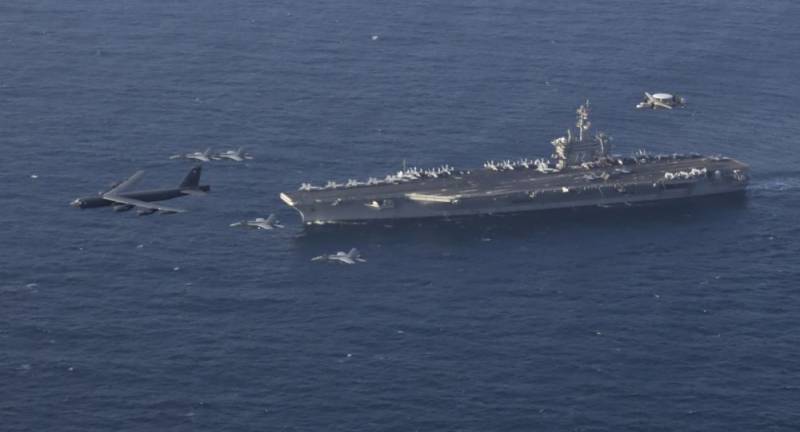 WASHINGTON - According to the Heritage Foundation's annual report card on US military readiness, the armed forces just barely got a passing grade. The conservative think tank wants more units, and more modern equipment, across the board, in order to better prepare for a two-front war.

"The 2020 Index concludes that the current U.S. military force is likely capable of meeting the demands of a single major regional conflict while also attending to various presence and engagement activities,” The Heritage Foundation said in its 2020 Index of US Military Strength, released on Wednesday, noting the Pentagon would “be very hard-pressed to do more and certainly would be ill-equipped to handle two nearly simultaneous major regional contingencies (MRC).”

According to the report, all branches of the US Armed Forces must continue to grow in order to meet the think tank’s standard of being able to wage two separate wars at once. The trend in government policy has been in this direction since US President Donald Trump took office in early 2017.

In the White House’s National Security Strategy link from December 2017, Russia and China were identified as “revisionist powers” seeking to upend the global order established at the end of the Cold War in 1991, at which time the US became the unquestioned sole global superpower. As a consequence of their rejection of this unipolar world, the White House warned that “great power competition” had returned.

In fiscal year 2019, the Trump administration’s defense budget link totaled $693 billion; the proposed budget for FY2020 is an even bigger $738 billion. The country spent almost as much link on its military in 2018 as the next eight largest-spending countries combined, according to the Stockholm International Peace Research Institute (SIPRI).

Despite the Army’s overall rating of “marginal,” its readiness score was “very strong.” The branch scored low because it only has 35 brigade combat teams (BCTs), the Army’s most basic deployable unit, and the Heritage Foundation wants 50. Intended to be self-sufficient on the battlefield, the Army cut back on its BCTs drastically after withdrawing from Iraq, where it battled an insurgent movement opposed to US occupation through the 2000s. In 2017, the paring back begun in 2013 link was completed, and the Army was reduced from 45 to 33 BCTs. The Army stands presently at 480,000 soldiers, but the Heritage Foundation wants it at 500,000.

The Navy is in the process of a large expansion as it attempts to return to its late 20th century strength by growing from 290 to 355 ships. However, the Heritage Foundation goes still further, calling for a 400-ship fleet. The think tank also says the Navy needs 13 aircraft carriers, although it only has 11 at the moment, and even a 12-carrier fleet link is considered extreme by those holding the Navy’s purse strings. At any rate, at least six of those carriers are undeployable link at the moment.

The report found the US Marine Corps at only two-thirds of its desired strength of 36 battalions, also earning it a “marginal” grade.

The Air Force has only 971 of the 1,200 fighter and attack aircraft the Heritage Foundation thinks it should have and is facing a continuing pilot shortage, earning it a “marginal” grade as well. However, Business Insider noted the previous report card gave the Air Force a “weak” grade.

While not a separate branch, US nuclear forces were judged separately from the other services. The aging Minuteman III and Trident nuclear missiles that form the core of the land-based and sea-based arms of the US nuclear triad link also got the arsenal a “marginal” grade, despite the fact that the US has more nuclear weapons than any other nation. According to the Federation of American Scientists link, the US has a total of 6,185 nuclear weapons, although more than half of them are not immediately ready for use. This is marginally more than Russia, but well ahead of the rest of the planet, Sputnik has reported.