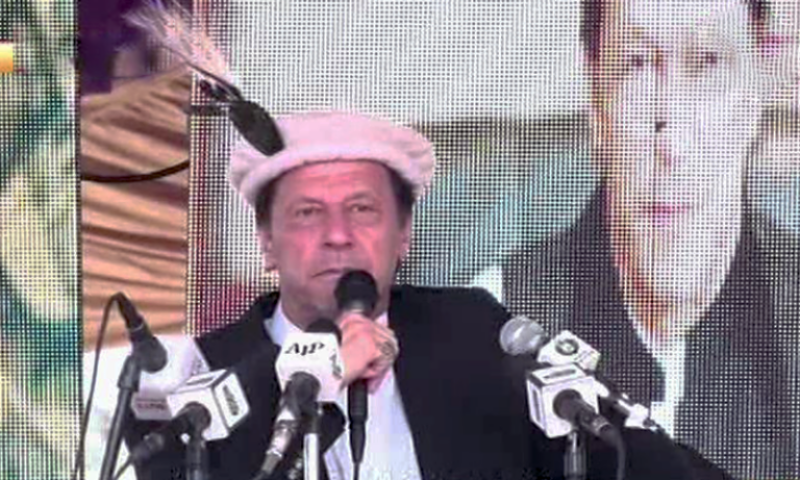 GILGIT: Prime Minister Imran Khan, while addressing a public rally in Gilgit-Baltistan, told the ‘Azadi March’ protesters congregated in Islamabad that when they run out of food, more will be sent to them, but their leaders should not expect any amnesty from him.

“Gone are the days when one used to use Islam to gain power. This is a new Pakistan. Sit however long you want. When your food runs out, we will send more. But we will not give you an NRO,” declared the prime minister.

Visiting the region on the occasion of its independence day, the prime minister regretted that while the day marked a glorious event, a movement was on that day seeking disruption in Islamabad.

“We are celebrating your independence while an Azadi March [is ongoing in Islamabad]. Who are they wishing to gain freedom from?”

“I want the media to go there and ask people who they wish to free themselves from,” said the prime minister, stating that all his opponents appear disjointed in their thoughts and aims.