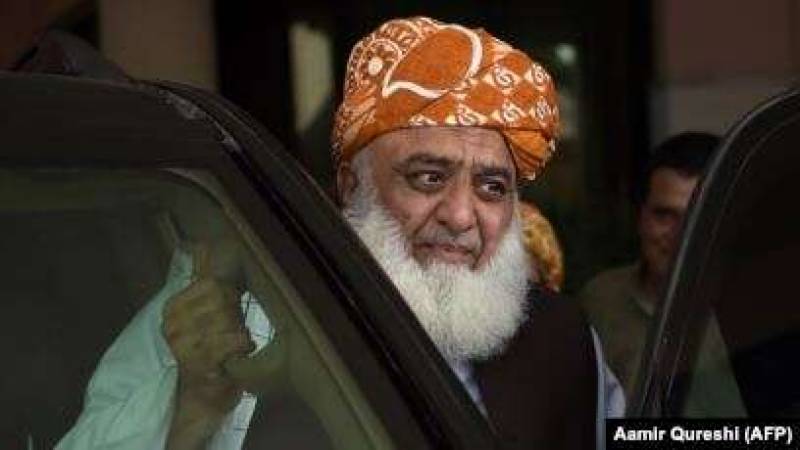 The Ministry of Interior in its fresh alert has stated that terrorists want to attack Maulana Fazlur Rehman and for that, they can use an explosive-laden vehicle.

The interior ministry link has directed officials for the provision of Maulana Fazl’s security and has informed Home Secretaries of Punjab and Khyber Pakhtunkhwa in this regard.

The Commissioner Islamabad has also been informed about the alert.

Earlier on October 25, Interior Ministry had issued an alert notice of possible terror attacks on public gatherings of ‘Azadi March’ announced by the opposition parties.

It is stated that the protest march announced by Jamiat Ulema-e-Islam Fazl (JUI-F) increased risks for the internal security of the country besides creating the situation of instability. The notice warns that anti-state elements could take benefit of the instability by targeting public gatherings.