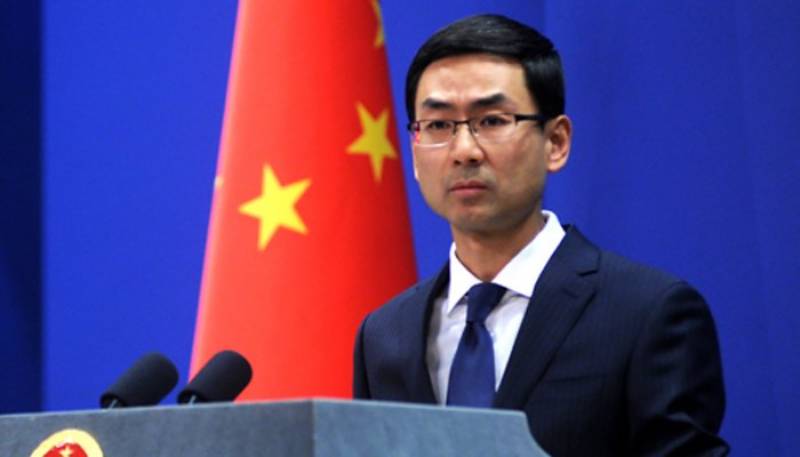 BEIJING - China once again threw support behind Islamabad, as the Chinese Foreign Ministry said on Thursday that it supports Pakistan's efforts to improve the country's counter-terrorism financing system.

The ministry added that FATF’s purpose is helping countries better combat illegal activities such as money laundering and terrorist financing, rather than sanctioning or punishing any country.

Chinese Foreign Ministry Spokesperson Geng Shuang issued the statement while responding to a question on the comments of a senior Chinese official who said that Beijing is opposed to blacklisting of Pakistan by FATF.

The official also mentioned the FATF plenary’s appreciation of Islamabad’s progress on the front. He said, “Not long ago, the FATF plenary meeting decided to keep Pakistan's rating unchanged. It shows the FATF membership's recognition of Pakistan's progress in improving the system of countering the financing of terrorism, as well as encouragement for Pakistan's efforts.”