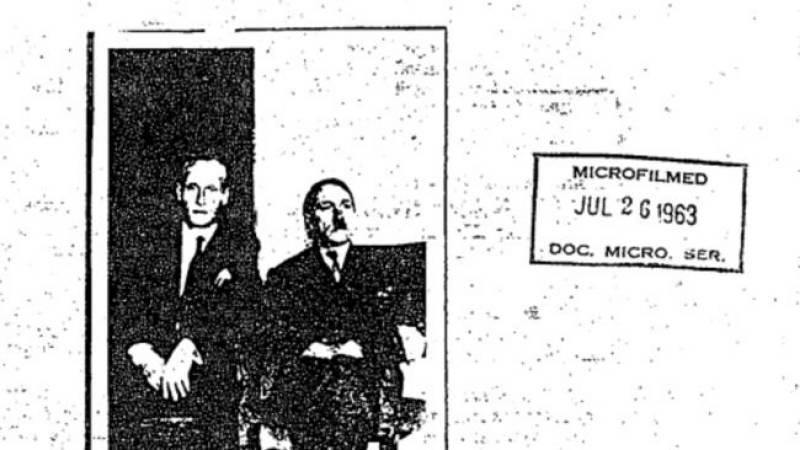 WASHINGTON - A newly declassified document from the US Central Intelligence Agency (CIA) claims that German Nazi leader Adolf Hitler apparently survived World War II and lived with ex-Nazis in Colombia for several months in the 1950s.

An informant whose code name was Cimelody-3, has told the CIA that Hitler was alive and that an ex-SS agent named Phillip Citroen had been in touch with him in Colombia, the city of Tunja.

"Citroen claimed to have contacted Hitler about once a month in Colombia on his trip from Maracaibo to that country as an employee of the KNSM (Royal Dutch) shipping Co," the report, filed by the CIA's bureau chief in Venezuela reads.

The recently-declassified CIA documents, released last week as part of the files related to the assassination of former US President John F. Kennedy (JFK), show that the CIA was investigating whether Hitler escaped from Europe and was hiding in Colombia in 1954.

Citroen told the informant he saw a man who strongly resembled Hitler while working in “Residencias Coloniales,” a neighborhood populated by former Nazis. He said Germans who lived there followed this alleged Hitler with “an idolatry of the Nazi past, addressing him as ‘der Fuehrer’ and affording him the Nazi salute and storm-trooper adulation.”

The former SS agent also had a photo of himself with the suspected Hitler, who allegedly went by “Adolf Schritteimayor.”

Hitler committed suicide by gunshot and cyanide in a bunker as the Soviet army rushed into Berlin on April 30, 1945.

Last week, US President Donald Trump allowed the release of about 2,800 documents related to the Kennedy murder, but delayed the publication of some "sensitive" files at the request of the CIA.