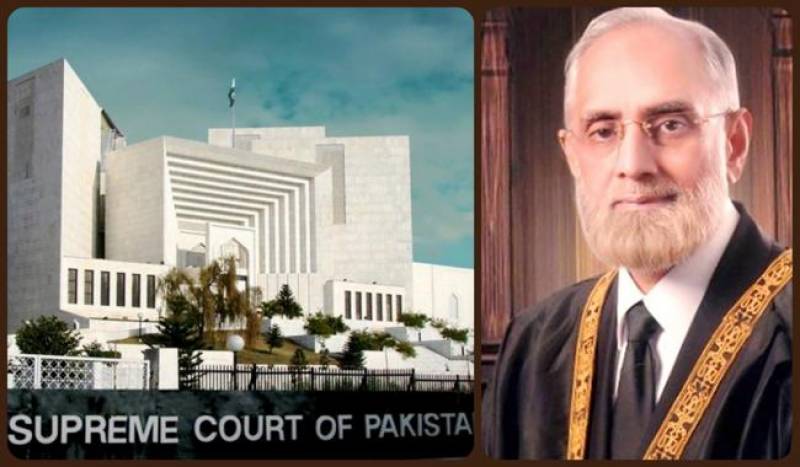 ISLAMABAD: The Supreme Court of Pakistan heard the Panama Leaks petitions filed by the different political parties and leaders.

The Supreme Court of Pakistan directed all the respondents to submit their comments till 01:00pm today (Tuesday) regarding formation of a commission to probe the Panama Papers leaks.

A five-member larger bench of the Supreme Court headed by Chief Justice Anwar Zaheer Jamali is hearing the petitions submitted by PTI, JI and AML.

A petition filed by the PTI demands an inquiry be initiated against the prime minister and his family on the matter of Panama Papers.

Another petition filed by the Jamaat-e-Islami demands Federal Board of Revenue and National Accountability Bureau be asked to investigate all Pakistani companies named in the Panama Papers.

Sheikh Rasheed of Awami Muslim League has demanded that a commission be formed to investigate the allegations in the Panama Papers.

During the case hearing today, the Supreme Court has given two hours to the government and PTI to respond to its offer to form a commission to investigate the matter.

The court has also sought written assurance from both parties that the commission‘s decision will be accepted in letter and spirit.

In his remarks, Chief Justice Anwar Zaheer Jamali said the case will be heard on daily basis.

Supreme Court of Pakistan subsequently has asked the Prime Minister and his family members to submit their reply within 2 days so as the Court can start the proceedings of the case.

Chief Justice of Pakistan observation on elections 2018 without census