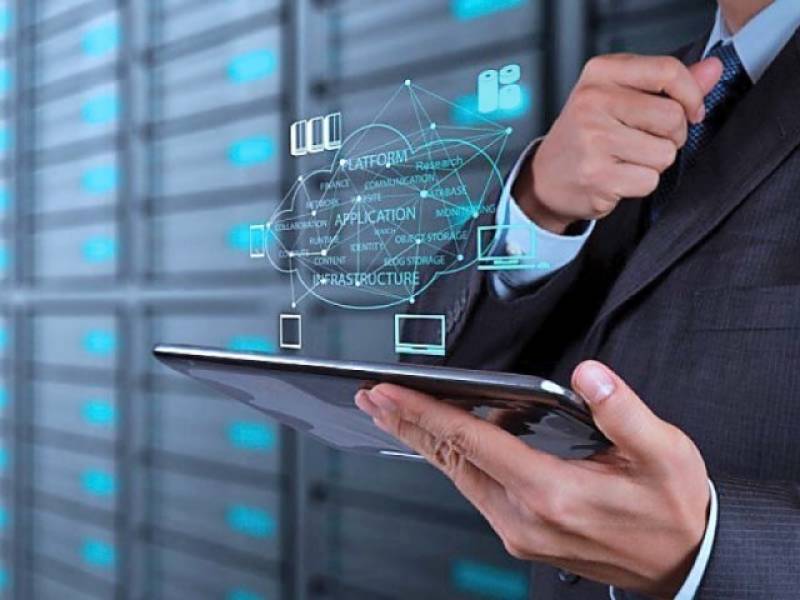 ISLAMABAD (APP): The draft of National IT Policy 2016 has been finalized which envisages software and telecom enabled services exports at US $ 6 billion by 2020.

Government special initiatives for IT sector to enhance exports

Some of the key features of the draft National IT policy are sectoral digitization, big data, data analytics, entrepreneurship, Internet of Things (IoT), e-Commerce, e-agriculture and software export. It is expected that the draft policy would be submitted to Economic Coordination Committee for its approval soon.

According to the draft policy prepared by Ministry of Information Technology and Telecommunication, there has been better growth in recent years of overall Information Technology (IT) industry in the country with IT firms earning nearly US $ 560 million, mainly in software development and service outsourcing.

However, it has been estimated that around 75 percent of earnings are held overseas to finance cost of foreign offices and international marketing making real figure in excess of US $ 2.2 billion. IT exports have witnessed 41 percent increase during last one year.

More than 20,000 IT graduates and engineers are being produced every year. Pakistan has 14 Software Technology Parks at present with an area of one million square feet with more being planned for future.

Free-lancing revenue is another US $ (90-100) million per year, domestic revenue is roughly around Rs. 30 billion or $ 300 million and market of Cellular Mobile Companies is huge with total imports of Rs. 73.224 billion for fiscal year 2014-15. All these reflect a promising IT landscape in Pakistan.

The policy is targeting to enhance exports of software and IT/IT enabled services to create jobs and contribute towards government's efforts to increase overall exports and IT remittances.

The policy mainly concentrates on emerging areas of mobile applications, responsive web applications, and animation. It further focusing on moving up global IT value chain whilst also exploring new areas where low end business process outsourcing jobs can be created.

The policy envisages attracting multinational global companies to utilize Pakistani manpower for back end services by providing appropriate incentives in a transparent manner, utilize the Pakistani Diaspora in the US and European markets to plug young entrepreneurs into the global IT value chain.

The policy is also aimed at providing enabling environment for companies to set up venture capital and other financing mechanisms to start-up companies. Work with relevant stakeholders on continual basis like FBR, Finance Division and provincial revenue authorities for better tax treatment of IT industry.

When contacted official sources on Tuesday said that given the growing trends of IT, it has become imperative to reformulate the National IT policy to take into account the transformative fundamentals of technology and its eco-system centered on digitization.

MoIT has successfully conducted a final "Stakeholders Consultation" to review the draft National IT Policy.