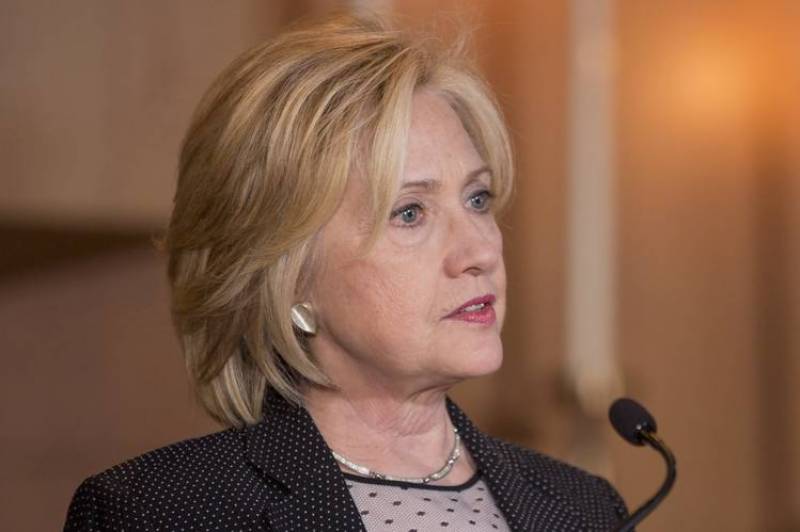 KENT, United States (APP): Hillary Clinton said Monday there was "no case" to be found in a federal review of her emails, which the FBI director announced last week, convulsing the US election campaign in its home stretch.

"I'm not making excuses. I've said it was a mistake and I regret it," she said Monday of her decision to use a private email server while secretary of state, which sparked a controversial FBI investigation.

FBI boss James Comey announced in a letter to lawmakers that his agents are reviewing a newly discovered trove of emails, resurrecting an issue Clinton had hoped was behind her.

US media says those emails were found on a laptop used by one of her closest aides, Huma Abedin, and Abedin's estranged husband who is being investigated for alleged sexual overtures to a 15-year-old girl.

"Now they apparently want to look at emails of one of my staffers, and by all means, they should look at them," Clinton said.

"I am sure they'll reach the same conclusion they did when they looked at my email for the last year.

"There is no case here," she said to cheers and applause from hundreds of supporters at a rally in Kent, Ohio, a key battleground state in her race to defeat Donald Trump at the ballot box on November 8.

It was the first time Clinton directly addressed the email furor since Saturday, when she lashed out at Comey, calling his move "deeply troubling" while campaigning in another vital swing state, Florida.

Comey's announcement thrust back into the spotlight allegations that Clinton put the United States at risk by using the private email server.

Comey in July accused Clinton of being "extremely careless" but did not recommend that charges be brought against her, angering Republicans.

The Democratic nominee is still the overwhelming favorite to win the presidency, but polls have pointed to an increasingly tight race.

Clinton used much of her speech at Kent State University, 40 miles (60 kilometers) south of Cleveland to paint her Republican opponent as unfit for office and a threat to national security.

Trump holds the slenderest of leads in the state, where he is just one point ahead at 45.3 percent to 44.3 percent in a four-way race, according to the poll average from Real Clear Politics.