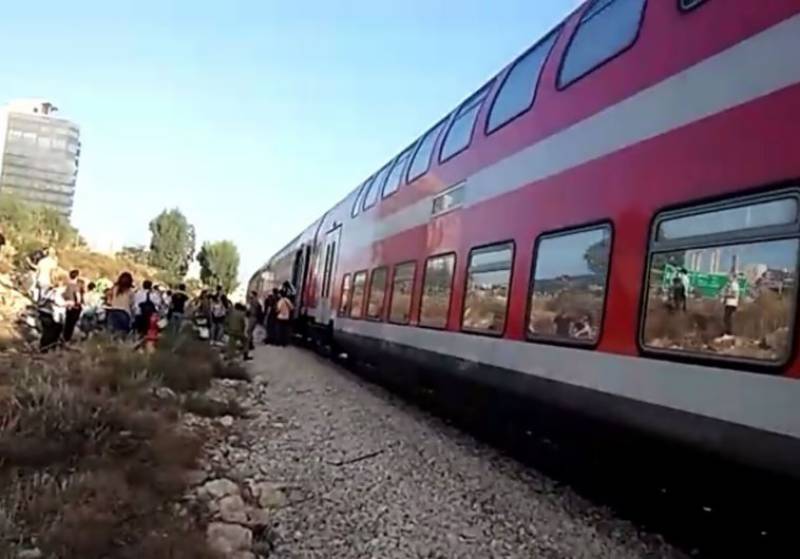 JERUSALEM: (APP) Israel's transport minister said Tuesday he wants to extend a high-speed rail line being built to include a station for east Jerusalem's Western Wall, a move likely to spark intense controversy.

The transport ministry described the plan in a statement, though the exact location of the station was not made clear, saying only that it would be near the Western Wall and connected with a tunnel.

"The minister has given instructions to advance a project to extend the high-speed rail line linking Tel Aviv to Jerusalem with a two-kilometre (1.25-mile) tunnel 80 metres (262 feet) deep," the statement said, referring to Transport Minister Yisrael Katz.

It would "link the future central station at the entrance to Jerusalem, bypass the Old City and end near the Western Wall."

The Western Wall is located in the ancient Old City in east Jerusalem, occupied by Israel in 1967 and later annexed in a move never recognised by the international community.

It is in an area at the heart of the Israeli-Palestinian conflict, with the Western Wall located just below the Al-Aqsa mosque compound.

The hilltop compound is sacred to both Muslims and Jews, who refer to it as the Temple Mount. It is the holiest site in Judaism and the third-holiest in Islam, after Mecca and Medina.

The Western Wall is considered one of the last remnants of the Second Jewish Temple, destroyed by the Romans in 70 AD.

While Israel sees all of Jerusalem as its undivided capital, the Palestinians view east Jerusalem as the capital of their future state.

Though the location of the station was not made clear, the transport ministry statement said it would be called "Kotel station" -- the Hebrew word for Western Wall.

It was unclear whether the plan would be given final approval.

The high-speed rail line from Tel Aviv to Jerusalem is expected to cost some seven billion shekels ($1.8 billion, 1.6 billion euros).

A tram line built by Israel and operating since 2011 that extends into east Jerusalem generated controversy, as have plans for a cable car in the city where political and religious tensions are high.