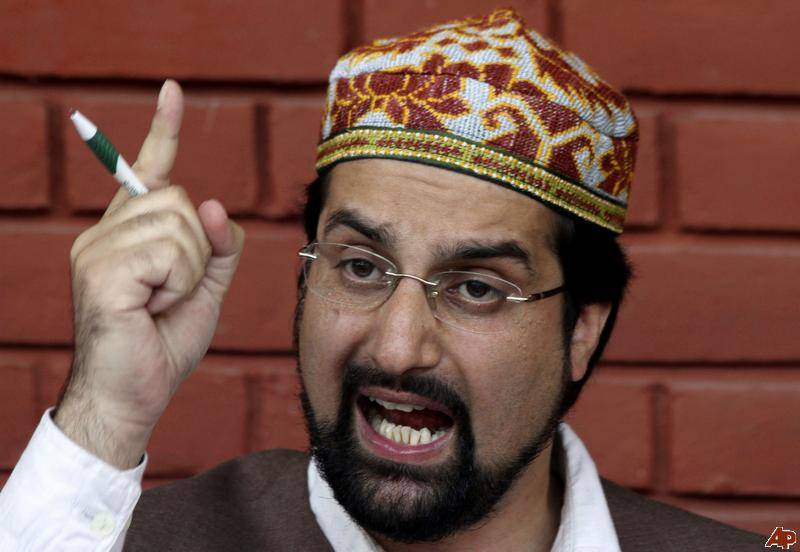 ISLAMABAD (APP): Chairman of Hurriyet forum, Mirwaiz Umar Farooq has said that Indian forces, taking advantage of impunity given to them under draconian laws, are carrying out a systematic genocide of young population in the territory.

According to Kashmir Media Service, Mirwaiz Umar Farooq in a statement in Srinagar while denouncing the murderous assault on a 16-year-old student Qaiser Hameed Sofi called upon the international human rights bodies to take notice of Indian brutalities in occupied Kashmir.

Qaiser Hameed Sofi, a resident of Shalimar and a student of Mirak Shah Sahab School, was arrested by the forces and beaten, tortured and then forcibly fed a germicide called Neva and left in an unconscious state on the roadside. He is battling for his life at Soura Institute of Medical Sciences in Srinagar.

"Such cruelty and barbarity find few parallels in today's age," said the Mirwaiz while expressing sympathy and sharing the pain of Qaisar's parents.

He said that the forces' personnel were harassing people through crackdowns and ransacking of homes. He also expressed sympathy and solidarity with the parents of a nine-year-old girl of Kulgam who died of cardiac arrest during these raids.

Meanwhile, commenting on former puppet Chief Minister, Omar Abdullah's statement, a spokesman for the Mirwaiz-led forum said, "After paying obeisance to his Indian masters in his New York speech, Omar Abdullah has suddenly woken up to express his deep concern about the future of Kashmiri children, when a few years ago he did not hesitate to facilitate the brutal killing of 120 young Kashmiris many among them school going children."

Black Day to continue till freedom of Kashmir: APHC