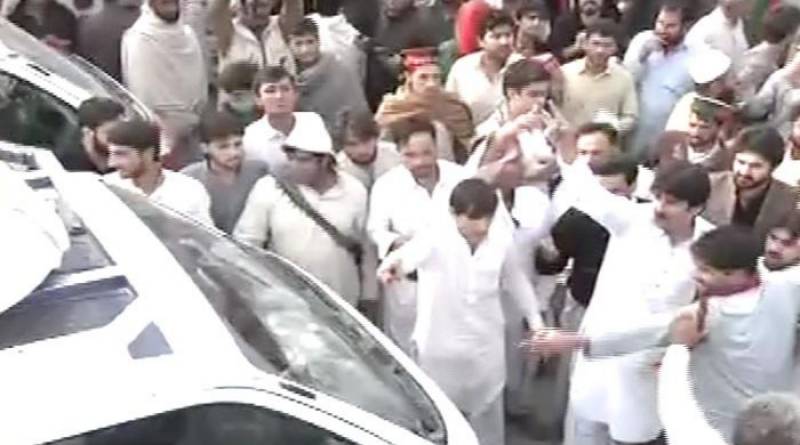 The PTI workers not only manhandled the channel's Peshawar Bureau crew members, but also tried to set the DSNG van on fire.

However, timely intervention by MPA Arif Yousaf saved them, according to APP Nowshera correspondent.

The Geo reporters were busy in performing their duty while the PTI workers returning after making attempts to march on Islamabad, but met resistance from the law enforcement agencies in Attock district, Punjab.

The attackers damaged the DSNG van by smashing its windows and lights.

He, however, apologized on the incident, saying the KP government believed in freedom of speech. He assured that an inquiry

would be held into the incident and action would be taken against the persons involved in the attack.