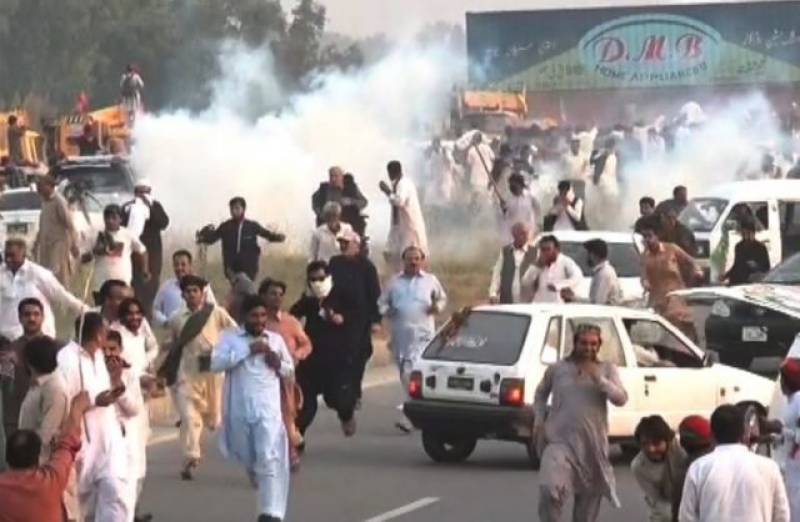 ISLAMABAD: Amnesty International, an international Non Governmental Organisation has snubbed government of Pakistan over the use of brutal force and the mass arrests of the opposition workers.

Amnesty International has called on the Government of Pakistan to release hundreds of opposition activists detained before a planned mass protest, as police used tear gas and rubber bullets overnight to prevent demonstrators from entering Islamabad.

It plans to lock down the capital Wednesday as it calls for him to resign over his children’s offshore bank accounts,revealed in the Panama Papers leak.

Reportedly 2 PTI workers have died because of the excessive use of the force by the Punjab Police.