India comes up with an innovative idea to reduce military size
1 May, 2022 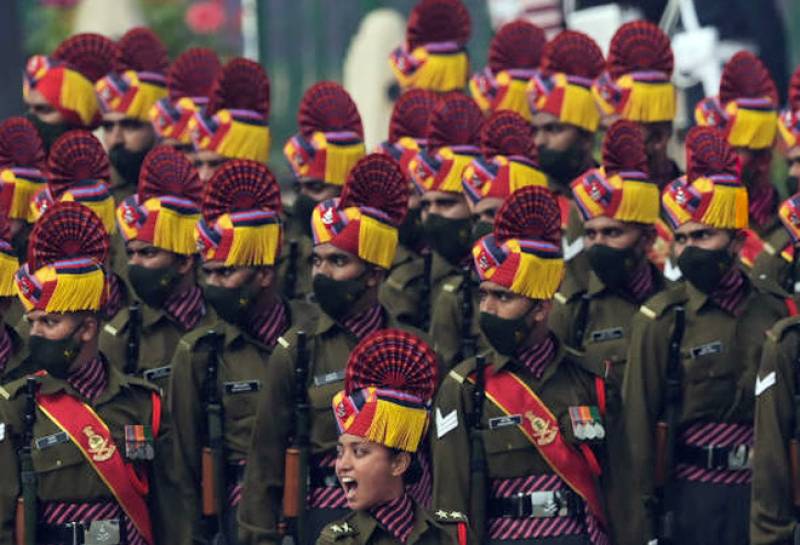 The Department of Military Affairs (DMA) link is exploring a proposal for a three-year Tour of Duty (ToD) for non-commissioned personnel or *Jawans* that first emerged under the late Chief of Defence Staff (CDS) General Bipin Rawat. The case for a three-year stint for Jawans stems from a desire to curb the high revenue budget covering salaries and pensions of the Indian Army (IA). According to the proposal, following their three-year ToD, the decommissioned personnel who would still be in their 20s can be absorbed by the state police forces or service the security requirements of corporate India.

The IA consumes a significant part of its allocated budget leaving little for capital expenditure or money for new weapons and platforms impacting the equipment modernisation of the service. There are several objections that have been proffered for why it is wise not to pursue this latest proposal. On the other hand, supporters of the move make the case for a reduction link in the size of the army as necessary to push a hidebound IA to evolve in meeting the requirements of agility, combined arms warfare, and high tempo operations.

The status quo of leaving things as they are is also unacceptable given the ballooning pension and salary bill of the IA restricting the service’s capacity to integrate new technologies, modernise equipment, and train personnel for complex tasks and missions. In any case, the proposal is experimental and exploratory and may still be subject to revision. However, the proposal has triggered an intense debate. The division is between two schools: The status quoists who at best support very incremental and minor changes to existing service recruitment for several reasons as we will see below and reformers who want an institutionally conservative IA to change by transforming its military capacities at the level of technology, command, organisation, and doctrine, especially in the face of the PRC’s and Pakistan’s evolving capabilities.

*The IA consumes a significant part of its allocated budget leaving little for capital expenditure or money for new weapons and platforms impacting the equipment modernisation of the service.*

Let us begin with the status quoists and the subsequent analysis will take a more critical view of the latter, albeit with some qualifications. The first amongst several objections advanced by a former army officer is that a three-year ToD will lead to decommissioned personnel to take up arms because they would be unemployed following their brief ToD, particularly into police forces and corporate security. He observed link, “Do you really want to put so many people who are well trained in arms to look for jobs where levels are already so high? Do you want these ex-soldiers serving in the police and or as security guards? My fear is you might end up creating militias of unemployed arms trained men.” This claim received at least tacit endorsement link from a former Short Service Officer (SSC) and an infantry officer who completed the formerly six-year stint. Currently, the minimum SSC tenure is 10 years link. The latest three-year ToD proposal is only confined to Non-Commissioned officers (NCOs) or Jawans and not to officers. Elaborating further, the status quoists claim the most “radical” or the most dangerous element in the GoI’s ToD proposal is the government’s decision to pursue all-India recruitment which would undermine the IA’s corporate or group identity premised on *“naam, namak aur nishaan”*. link Somehow the service’s *esprit de corps* is likely to weaken if recruitment is not derived from specific communities and sub-castes with a martial history such as the Rajputs, the Sikhs (Jats, Mazhabis, and Ramdasias), Gurkhas (who are Nepali), Dogras, Jats, Ahirs, Kumaonis, Garwhalis, and Marathas. This objection is quaint and ironic, because the status quoists who otherwise value India’s diversity and pluralism, want narrow sub-caste or also known as “class-based” recruitment to persist until and unless a sea-change comes about in the way the IA recruits. The reason for the large recruitment from the “martial” classes was due to British colonisation link of the subcontinent and post-independence India persisted with the practice, notwithstanding the Nehruvian ideal of ensuring that recruitment and service in the IA should reflect the diversity of India, principally because of India’s defeat at the hands of the Chinese in 1962. The urgency imposed by that defeat meant that the IA’s recruiters went back to the same sources of recruitment that the British pursued in a quest to redress the shortfalls in the IA’s strength. Class-based recruitment helped preserve unit cohesion, morale, and combat effectiveness. The reality today is vastly different from what prevailed in the aftermath of the 1962 war. The IA has to tap into a wider or hitherto untapped sources of military manpower. Indeed, the status quoists do concede link that there is a need to transcend class-based recruitment. It is equally unreasonable to persist with “class-based” recruitment purely from a moral standpoint because India as a society cannot perpetually expect specific communities regardless of their martial ethos and commendable historical role in bearing the disproportionate burden of India’s defence. Thus, widening the sources of recruitment should be a priority for the Indian government.

*Elaborating further, the status quoists claim the most “radical” or the most dangerous element in the GoI’s ToD proposal is the government’s decision to pursue all-India recruitment which would undermine the IA’s corporate or group identity premised on “naam, namak aur nishaan”.*

Further, the status quoist critique of the government’s exploratory proposal obviously does not offer any concrete evidence of violence being triggered by either SSC officers or Jawans who left the IA in past years, especially post-independence or even over the last three decades, which should be the real metric for assessing whether there is a strong correlation between ex-servicemen recruited into the CAPFs. For instance, have IA officers completing the erstwhile six years of service taken to violence following their exit from the IA? How many formerly Non-Commissioned (NCOs) personnel (Jawans) have triggered violence following their entry into state police forces, sowed social unrest, or formed militias? Establishing the veracity of this is not possible, because neither the Ministry of Home Affairs (MoHA), the Ministry of Defence (MoD) nor the Army Headquarters (HQ) recently or in years past have provided any evidence of violence triggered by decommissioned army personnel. Using evidence of past violence can also be misleading. For instance, the status quoists claim that the ToD would unleash a devastating wave of majoritarian violence because at the time of partition several of the districts which were struck by intense inter-communal violence were significantly, although not exclusively precipitated by military veterans who fought in the Second World War. However, lest we forget, this violence was also a direct consequence of the demobilisation of soldiers following the end of the Second World War. The status quoist’ dire prognostication about the ToD triggering similar violence to that which accompanied the partition of the subcontinent is a surprising and misleading analogy derived from two tectonic events that happened on the close heels of each other. It is fundamentally atemporal because today’s realities are vastly different from what happened and prevailed 75 years ago. Extrapolating lessons from a very unique set of historical events dating back decades and deriving a minatory inference from those events over the government’s ToD proposal is not just inapt, but reflects how unhinged the status quoist case has become over what is still an exploratory proposal. If there is any merit at all in the status quoist claim, it is that the IA prepares a template and ethos for recruiting youth into the service from across India that moves beyond appeals to sub-caste and martial traditions of a particular community. However, if there is any better time to start that process—it is now.