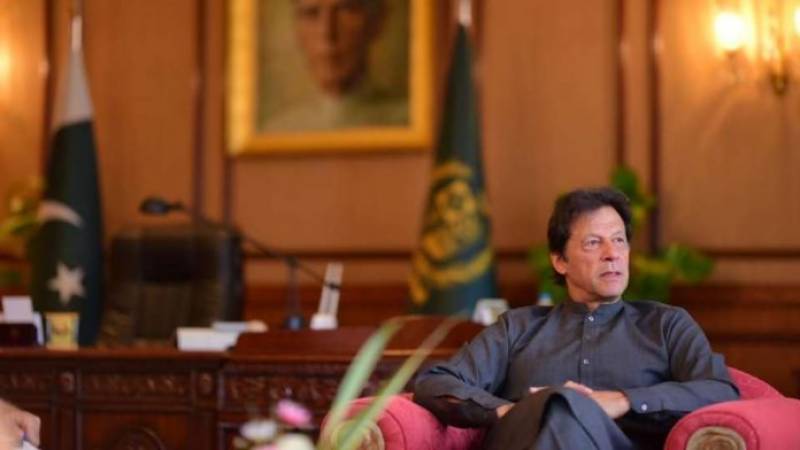 ISLAMABAD - Prime Minister Imran Khan’s announcement on the release and return of Indian Air Force pilot Wing Commander Abhinandan Varthaman to India will now be used by the BJP as a proof that the muscular policy of Prime Minister Narendra Modi and NSA Ajit Doval worked, The Print has reported.

But in reality, many questions will linger over the whole Balakot operation link that was launched in response to the horrific Pulwama attack link .

Imran Khan said the release of the pilot was a ‘peace gesture’ and urged India link to start dialogue. But it is unlikely that any dialogue between India and Pakistan can begin before the upcoming Lok Sabha election.

Even if the BJP rightly claims that new redlines vis-à-vis Pakistani sponsorship of terror have been laid, the new government in India post-May will have to deal with a shrewd Imran Khan, who has shown the same versatility in office that he showed on the cricket field.

Imran Khan saw an inflexion point and seized it. After Pulwama, India may have established the new pre-emptive strike link doctrine to inflict punishment on terror abettors deep in Pakistan, which Pakistan’s ISI will ingest.

But the Indian aggressive policy of Ajit Doval, or Dovalisation of the Kashmir policy – using force sans political outreach and carrying out “surgical strikes” to counter Pakistani terror – have run their course in the current term of the Modi government.

Since the Uri attack link in 2016, India-Pakistan relations have been in deep freeze. But the car-bomb attack on the CRPF convoy at Pulwama, killing 40 servicemen, for which Pakistan-based Jaish-e-Mohammed (JeM) instantly took credit, landed the Modi government in a difficult situation.

The BJP has been trying to politically exploit the emotive terror issue since the 2016 attack on a military camp at Uri. They gleefully awaited its Bollywood version called Uri, and went about ratcheting up jingoistic fervour after its release. Even Raksha Mantri Nirmala Sitharaman performed the fist-clenching act of soldierly “Josh” link from the film. ------------------------------

The Pulwama attack link pushed this narrative and inflamed already roused public emotion, which now sought instant retribution. The Modi government faced a dilemma confronted by prime ministers since the 2001 attack on Indian Parliament. How do you punish a state clandestinely supporting non-state actors indulging in terrorism when it possesses nuclear weapons?

On 26 February, Modi government broke that vicious cycle of blackmail by aerial attacks link on two targets across the Line of Control (LOC) and a major JeM training facility, within Pakistan’s Khyber Pakhtunkhwa province, at Balakot.

Foreign secretary’s briefing emphasised link the following points: India had not targeted Pakistan but made a “non-military, pre-emptive” strike against non-state actors; India had credible information that those under training were planning to attack India; and India had no desire to escalate beyond this.

Naturally, public euphoria was widespread. Modi, subtly link, and his party president Amit Shah, blatantly link, used it in their election speeches. Next morning, Pakistan’s retaliatory air intrusion caused little damage on the ground but a MiG-21 chasing Pakistani aircraft was shot down and the pilot was captured link by Pakistan. India claimed it shot down a Pakistani F-16, which Pakistan denied.

But with jingoism rampant, the script of invincibility of both militaries was punctured. And Imran Khan capitalised on that – portraying a picture of dignified moderation and readiness to settle differences through talks. He took everyone by surprise when on the floor of Pakistan’s national assembly, he promised the unilateral repatriation of Abhinandan Varthaman Friday.

US President Donald Trump had hinted link that some good news was imminent, but most analysts read it as excessive optimism. But now it means that the US was in the loop and most probably instrumental in starting the process of de-escalation between the nuclear weapon-possessing neighbours. Imran Khan’s gesture of goodwill will lower the tension and lead to a gradual stepping back from the edge. Hawks in Indian establishment and the BJP will be stranded by Imran Khan’s diplomatic reverse swing. ------------------------------

A two-step approach is anyway underway: build public pressure via a joint US-UK-France resolution link in the UN Security Council to list Masood Azhar as an international terrorist, and an outreach to Pakistan to dismantle JeM terror machine. Normally, China would veto the first, despite external affairs minister Sushma Swaraj’s attendance at the Russia-India-China (RIC) ministerial meet. But the US choreography may include putting pressure on China to not play the spoiler. The second step has been unsuccessfully tried by the US on previous occasions. But the Indian military pressure and the looming financial threat of the Financial Action Task Force black-listing Pakistan may help.

Undoubtedly, the Saudi-Emirati alliance is also guiding Pakistan towards reducing tension with India. But it puts Indian government in a bind because it stymies any further military operation against Pakistan, which would seem like an unnecessary military adventure.

After having flexed its military muscles as a show of Modi’s assertive leadership, India will now have to step back and await diplomatic success in getting Pakistan to abandon its jihad dependence.

*K.C. Singh is a former diplomat and strategic affairs expert.*