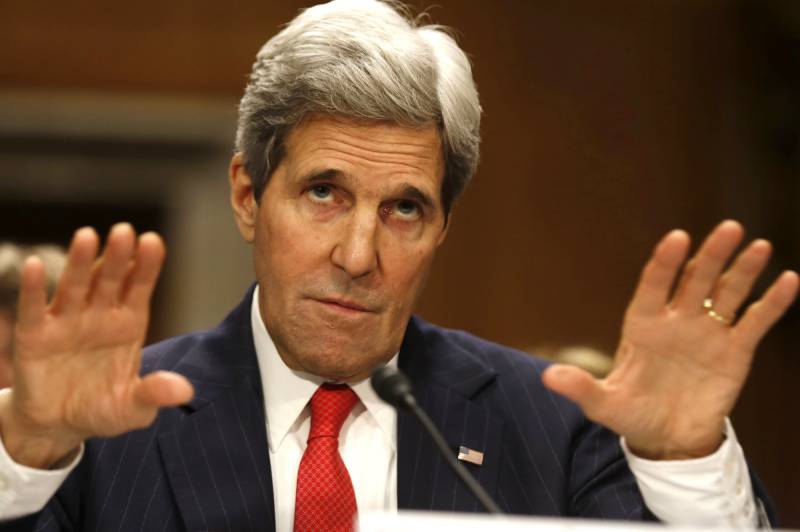 WASHINGTON: US Secretary of State John Kerry claimed that Pakistan’s cooperation is vital in reducing nuclear weapons and country is passing through positive change under the leadership of Prime Minister Nawaz Sharif.
He claimed that US and Russia posses 1,500 nuclear weapons each and are working to reduce their nuclear arsenal and also required Pakistan’s support in this regard.

He said “Our engagement on non-proliferation and strategic stability will continue and Pakistan hopes to see greater US understanding of Pakistan’s security concerns and its desire to contribute actively as a mainstream nuclear power.”
He urged Pakistan to understand its responsibility in connection with its fastest growing stockpile of nuclear weapons in the world.

He also claimed to meet with PM Nawaz Sharif and discuss the issue in the Nuclear Summit which will be held in next month.
His remarks came after the US-Pakistan strategic dialogue meeting.
Pakistan’s Foreign Advisor Sartaj Aziz thanked Kerry for defending F-16 fighter jets sale to Pakistan before Congressional committee.

He said “The prospective sale of F-16s will strengthen Pakistan’s capabilities to successfully continue these vital operations for our mutual benefit and stability in the region.”
He claimed that Pakistan is suffering the most in the ongoing fight against terrorism.
He claimed that politically and economically stable Pakistan is in US favour and urged US to strengthen ties between both countries.